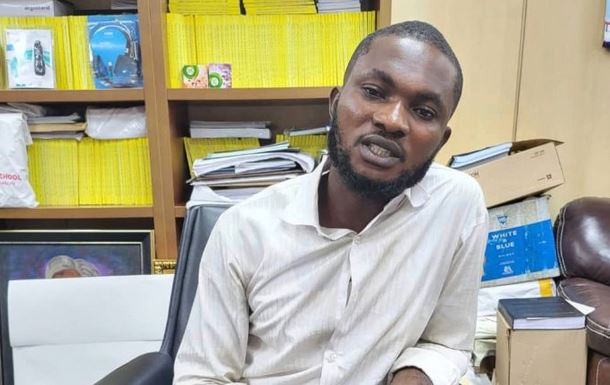 Pascal Aboh is a law lecturer at the University of Calabar and has   been arrested on suspicion of impersonating a resit student.

Reports have it that, the lecturer, who is currently in police prison, confessed to the crime yesterday.

According to authorities, his accomplice was previously barred from retaking the Bar Final test by the Council of Legal Education.

But his luck ran short when he was apprehended.

The suspect had previously claimed to be a law graduate of Ago-Olabisi Iwoye’s Onabanjo University.

According to public records, Aboh graduated from the University of Calabar four years ago and was recently recruited as an Assistant Lecturer at the same institution.

Following receipt of DPP advice, the suspect and his accomplice, whose identity was unknown at press time, will be charged in court for the crime.

Following his criminal prosecution, he will face the Nigeria Bar Association’s Legal Practitioners Disciplinary Committee for professional ethics and misconduct.

According to reports, Aboh is a member of a cartel that comprises professionals from the Nigerian Law School and conducts exam misconduct during bar resit exams.

Prof. Isa Ciroma (SAN), the current Director-General of the Nigerian Law School, has committed to bringing all of the perpetrators to justice.