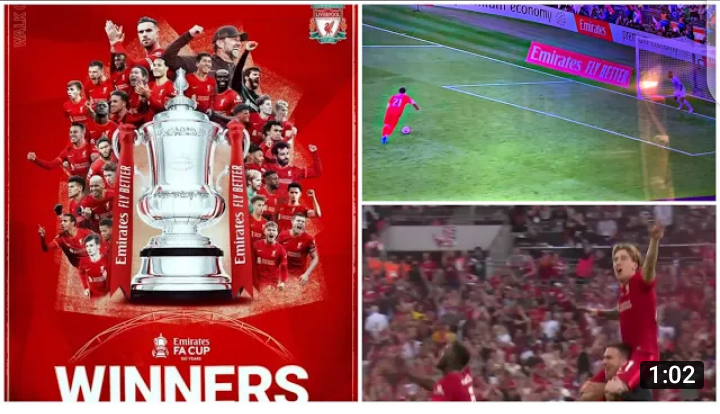 The match between Chelsea vs Liverpool FA Cup Final is about to kickoff any Moment from now and fans are expecting the best.

Jurgen Klopp has been dubbed “the master of being the underdog” by Thomas Tuchel, who lauded his compatriot for instilling “sympathy” for Liverpool across the country.

Pep Guardiola sparked a rivalry between his Manchester City and Klopp’s Liverpool by declaring that “everyone in this nation” wants the Reds to win an unprecedented quadruple this season.

Liverpool has a chance to win the Premier League, the League Cup, the FA Cup, and the Champions League.

Chelsea, on the other hand, can prevent Liverpool from breaking new ground in English football by defeating Klopp’s side in the FA Cup final at Wembley on Saturday.

This Saturday, Tuchel and Klopp will face for the 19th time in top-flight, in a rematch of the Carabao Cup final, which Liverpool won 11-10 on penalties in February.

“There are great sentiments for Liverpool throughout the country, and I get it,” added.

“Of course, it’s because of Jurgen, but it’s also because of what this club represents and how they conduct their business, as well as how the supporters support their team.”

“You get the impression that’s all about football, and this club has a long history, and there’s a lot of sympathy for it.”