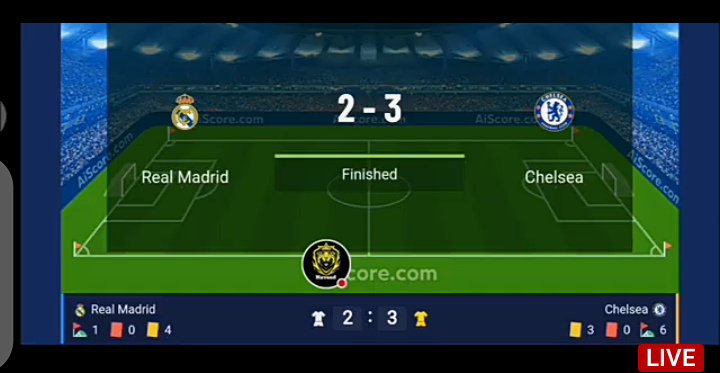 Chelsea must overcome a two-goal deficit in the second leg of their Champions League quarter-final against Real Madrid.

Carlo Ancelotti’s side put in a solid effort at Stamford Bridge, winning 3-1 on the road to take control of the tie.

Ancelotti will be optimistic that his side will avoid a huge blunder at the Bernabeu, with first-leg hat-trick scorer Karim Benzema in spectacular form and so much experience among a battle-hardened squad.

Chelsea, on the other hand, will try to build on their 6-0 win over Southampton over the weekend and fight back to keep their Champions League title ambitions alive.

Carlo Ancelotti rested a few of his senior players in the weekend win over Getafe, but Luka Modric, Toni Kroos, and Dani Carvajal should all return to the starting lineup.

which will likely be identical to the one that started the first leg at Stamford Bridge.

After Eder Militao’s red card last week, the Real Madrid manager will be compelled to make at least one change, with Nacho Fernandez the most likely benefactor of Militao’s absence in central defense.

Eden Hazard will be absent once more as he recovers from ankle surgery, according to Ancelotti.

Chelsea will be missing striker Romelu Lukaku, who has been ruled out with an Achilles injury.

Lukaku was unable to play in Saturday’s 6-0 triumph over Southampton due to his injury, which he has yet to heal from.

To watch the live match kindly locate the “Stream Here” button below to stream the match live.