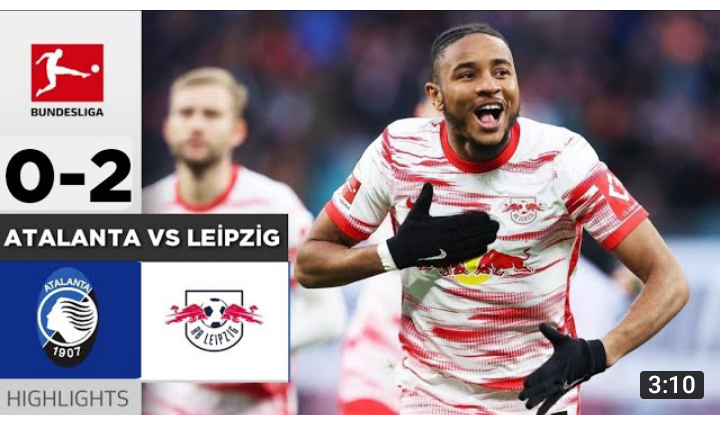 RB Leipzig qualified to the Europa League semi-finals with a 2-0 win over Atalanta, thanks to Christopher Nkunku.

Atalanta got off to the best start, but it was Leipzig who broke the deadlock with Nkunku’s 29th goal in all competitions.

Konrad Laimer surged forward and did a good job of losing his man before bringing a cross back to Nkunku, who was never going to miss with his form, as his close-range attempt clipped the post and nestled into the net.

Atlanta players screamed for a penalty early in the second half when a free kick on the edge of the box ricocheted off the hand of a Leipzig player in the wall. The referee was prodded to make a decision.

VAR prompted the referee to consult the monitor, but he stayed true to his original decision of no penalty.

Watch the Highlights below: