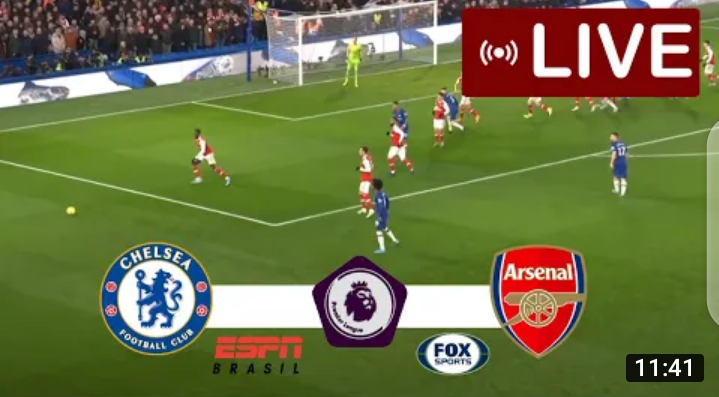 Arsenal, led by Mikel Arteta, go to Stamford Bridge tonight to play Chelsea, keen to get their season back on track following a terrible run.

Arsenal’s hopes of finishing in the top four have been shattered by defeats to Crystal Palace, Brighton, and Southampton.

However, they lead Tottenham by three points despite having played one fewer game, so a statement win over their London rivals would surely boost the north London side’s confidence.

Chelsea will be looking to build on their recent positive performances.

With a win over Crystal Palace, Thomas Tuchel and his team secured a place in another FA Cup final, and now turn their attention back to Premier League duty, where they currently sit in third place.

The Blues overcame Arsenal 2-0 at the Emirates earlier this season, but the Gunners won the last meeting between the two clubs at Stamford Bridge in May of last year.
Tuchel’s thoughts on team selection. 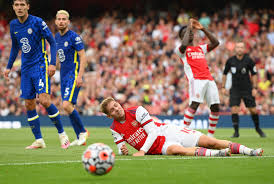 Thomas Tuchel spoke to Sky Sports ahead of kick-off and revealed why he chose Romelu Lukaku to start tonight.

“You kept asking about him, so I finally put him in!” he remarked. It was the right time to go with Romelu since Kai Havertz was overworked.”

It can benefit if you have good experience and a good memory against an opponent.

It wasn’t the major reason; he deserved to play first and foremost, and Kai was exhausted.

He also had a nice game in the first match, which helped a little.

Lukaku starts for Chelsea in place of Havertz, who hasn’t played in the Premier League in two months.

Werner holds his starting spot, with Loftus-Cheek and Kante in midfield.

With the addition of Holding, the Gunners appear to have reverted to a back-three system.

Elneny also gets a rare start, while Nketiah holds his spot in the starting lineup. Lacazette, who has recovered from Covid-19, is one among the substitutes.

Arsenal is rumored to be playing with a back three tonight in order to offer themselves a bit more stability.

There aren’t many clubs that Amazon executives would have preferred to follow this season if they hadn’t decided to make a documentary on Arsenal.

At the Emirates Stadium, the campaign has been full with drama.

One that began with three consecutive League defeats, saw Pierre-Emerick Aubameyang deprived of his captaincy, and has seen critical player injuries derail the squad just as fourth place was within reach.

Chelsea, on the other hand, has matched Arsenal in terms of drama this season.

Chelsea has had a huge striker issue in addition to the turmoil of Roman Abramovich being sanctioned and putting the club up for sale.

Mikel Arteta has stated that he is willing to accept the heat for Arsenal’s frightening drop in form in order to safeguard his young players.

Arsenal started the month in fourth place in the Premier League, but three consecutive defeats have shattered their Champions League hopes, dropping them to fifth ahead of tonight’s match against Chelsea.

“Hit me, give it to me,” Arteta said, “because I don’t want them to be hit because they aren’t prepared to handle it.”

“When you have a youthful team, you have to accept the fact that these things will happen from time to time.”

“It’s so rewarding and wonderful to see what they’re capable of and what they’re truly achieving, and I can’t think of many examples that are similar to that.” On the other hand, when this happens, and the storm arrives, you must be ready to deal with it.”

To watch the live match kindly locate the “Stream Here” button below which will redirect you to where u can stream the match live.