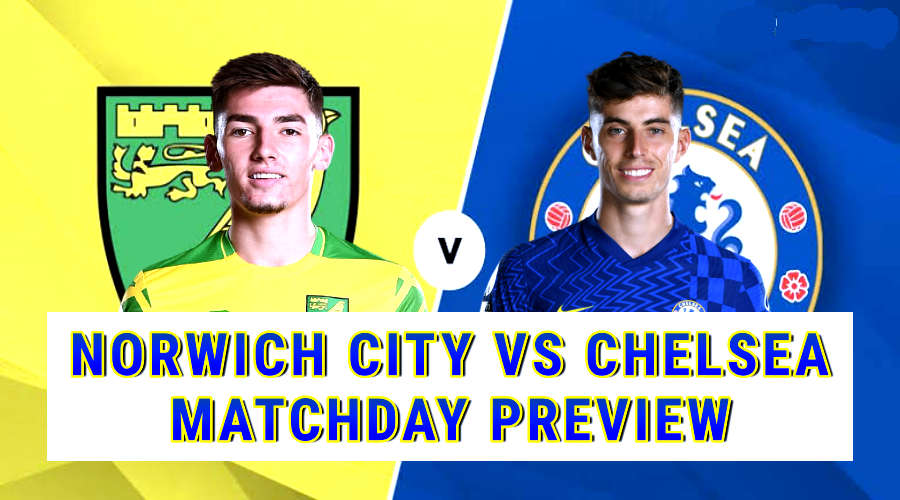 Ajokeonifaari will be providing a preview of Norwich vs Chelsea, another English Premier League match.

When Thomas Tuchel and his team face the relegation-bound team, they have another task ahead of them.

A detailed breakdown of Norwich vs Chelsea, including how the Blues have been preparing for the match.

PREVIEW AND NEWS NORWICH VS CHELSEA

Both sides will be going up against each other after the one-sided opening leg of the match this season.

With so much pressure on them, Norwich Vs Chelsea will be another match where the relegation-threatened side might be staring at another loss.

Chelsea’s last game in the English Premier League was a win for the Champions of the World over Burnley.

Norwich City, on the other hand, had a side that had just been promoted dealing with them mercilessly.

UPDATE ON THE INJURY FIGHT BETWEEN NORWICH AND CHELSEA

Thomas Tuchel acknowledged there isn’t much of an injury report coming from his camp the last time we spoke with him.

Ben Chilwell is already doing solo training, as seen by the club’s photo showing him regaining his fitness.

LINEUP AND FORMATION OF NORWICH VS CHELSEA

We could see Kepa replace Edouard Mendy in goal ahead of tomorrow.

TIME OF KICK-OFF FOR NORWICH CITY VS CHELSEA