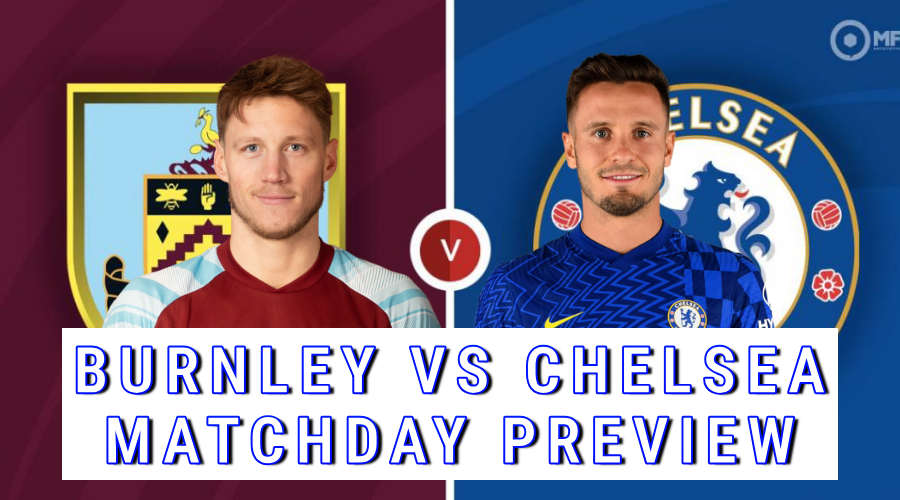 Burnley vs Chelsea Matchday Preview of the English Premier League match between the two clubs.

It’s another matchday for Thomas Tuchel and his players, who will be hoping to go into this one without knowing who the club’s new owner is.

If the Blues are to have any hope of playing in the Champions League next season, they must win this match.

TEAM NEWS FOR THE BURNLEY VS CHELSEA MATCHDAY

This is a big one, as both teams have had a lot of off-field drama leading up to this match, especially for the Londoners.

Many workers who work behind closed doors are hoping to leave their positions once the deal is completed.

Burnley Vs Chelsea Matchday Preview will be a rematch between the two teams, with both teams hoping for a different outcome than the first time they met.

Chelsea are coming off an Emirates FA Cup match against Championship side Luton Town, which was a tough match for them.

Burnley’s most recent match was in the English Premier League against Leicester City, who defeated the Clarets 0-2.

During the Burnley Vs Chelsea Matchday Preview Press Conference, Thomas Tuchel was glad to disclose the latest injury news.

What the Manager Had to Say:

“We don’t have any new injuries,” Tuchel said.

‘After this press conference, I still need to speak with the fitness trainers and doctors.’

“Azpi did not train yesterday, so this will be a bit too close for him, sadly.”

“Hakim was in training yesterday and appeared to be in good shape, so maybe he can return,” Tuchel added.

“Reece James also trained, therefore no issues or responses have arisen as a result of his two matches.”

“The players who were absent from Luton Town due to minor ailments, such as Trevoh Chalobah and Thiago Silva, returned to training yesterday and appeared to be in good shape, so we’re good to go.”

KICKOFF TIME FOR BURNLEY VS CHELSEA

The match will take place at Turf Moor Stadium, with a kickoff time of 16:00 UK time and 4:00 PM Nigeria time.