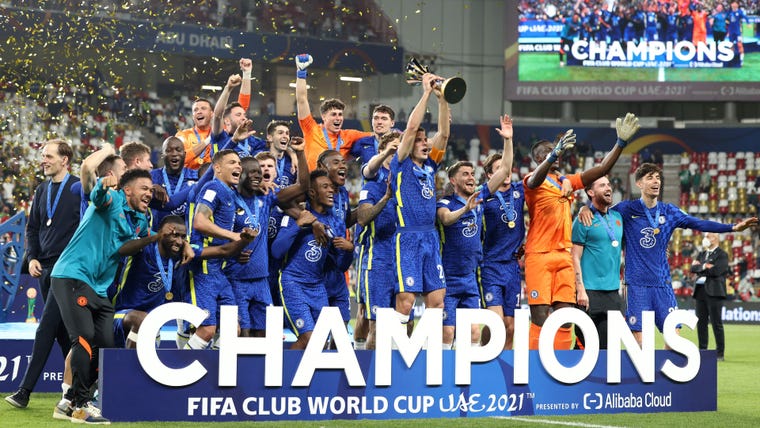 Kai Havertz was the match-winner once again.

The man who scored the only goal in the Champions League final in May stepped up to take one of the most crucial penalties in his club’s history on Saturday evening in Abu Dhabi, and calmly stroked the ball past Palmeiras goalkeeper Weverton to win the Club World Cup for the Blues.

It’s no surprise that he’s known as King Kai. In less than a year, he has crowned Chelsea European and World Champions. 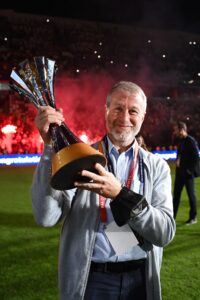 CHelsea supporters have traditionally sung that their team has won everything. But it wasn’t until Havert’s extra-time penalty kick at the 40,000-seat Mohammed Bin Zayed Stadium that they had done so.

Finally, owner Roman Abramovich, who was in attendance, received the Club World Cup trophy, giving him a total of 20 trophies during his 19-year reign.

Chelsea will get an estimated £4 million ($5 million) for winning the FIFA-organized competition, but that amount will clearly be insignificant to a man who has spent over £1 billion ($1.35 billion) on players who have transformed the Blues into world-beaters.

Indeed, in addition to Havertz, another recent signing, Romelu Lukaku, scored the game’s first goal early in the second half, his 10th of the season.

In the 61st minute, Thiago Silva handled the ball in his own box, allowing Raphael Veiga to equalize from 12 yards out.

Chelsea’s pressure ultimately paid off, and the winner came from another handball.

Manager Thomas Tuchel was on his third formation and had already used all five substitutions when Havertz scored with three minutes remained in extra time. 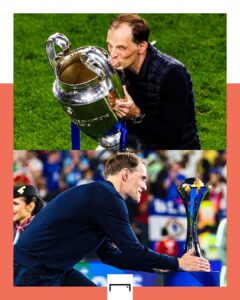 His alterations were just enough, as the German — who came shortly before the game after recovering from Covid-19 – has now won three cups since taking over from Frank Lampard little over a year ago.

However, this last victory was as difficult as the final score indicated.

Before the game, Palmeiras coach Abel Ferreira brought up the huge disparity in spending, telling reporters, “[Chelsea] is a squad that has spent £545 million ($740 million) to compete in this tournament. Palmeiras spent £29 million ($39 million).”

“However, I believe – and my guys believe,” he continued.

Clearly, their admirers did as well. Chelsea’s players had to deal with a hostile environment, but they demonstrated their worth with a well-deserved victory. 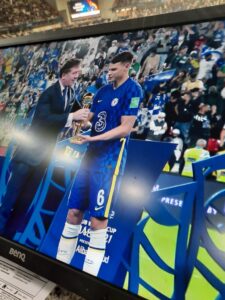 N’Golo Kante can now call himself a world champion for both club and country, while Cesar Azpilicueta became the first Chelsea player to win all three major titles.

Antonio Rudiger, on the other hand, was perhaps man of the match, demonstrating why the Blues are willing to pay him more than any other defender in the club’s history.

With Chelsea poised to meet Liverpool in the Carabao Cup final later this month, Tuchel and his squad will be looking for further trophy.

Tuchel’s achievements and great working relationship with those behind the scenes have led to a confidence that he can stop the boom-and-bust cycle at Stamford Bridge, despite the Blues’ Premier League title campaign faltering over Christmas.

He didn’t object, for example, when Chelsea refused to sign another winger on a permanent basis in January, despite the fact that Ben Chilwell was out for the remainder of the season.

Tuchel is an excellent choice for Chelsea. He knows how things work at Chelsea, and he stands a good chance of staying longer than the average of 18 months for Chelsea managers under Abramovich.

Indeed, he has now given his manager the one trophy he was missing, and there is no doubt that Tuchel and his young team will win even more titles in the future.