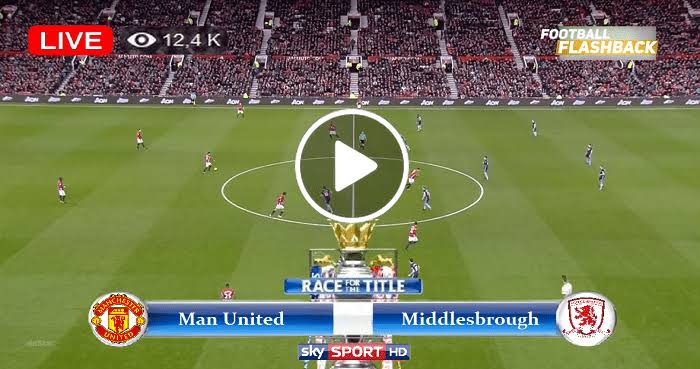 Ajokeonifaari brings you Man United vs Middlesbrough FA Cup live coverage as the two clubs compete for a place in the next round.

Manchester United are coming into this match with a slew of off-the-field concerns, with Jesse Lingard taking time off to clear his head after his exit was delayed by the club despite him alerting them of his intentions.

The Man United Vs Middlesbrough FA Cup match will be another game that will put Ralf Rangnick’s abilities to manage his team in a crisis to the test, as the manager will use the game to shape up his team after their season’s brief break.

THE STARTING XI OF MANCHESTER UNITED

We’re getting close to the start of this match between these two teams here tonight, and we already know how they’ll line up against one other, with the home club favored to advance to the next round after 90 minutes at Old Trafford.

Man United vs Middlesbrough FA Cup, the English Premier League team will not have it easy here tonight, despite the odds favoring them to win at their home field, which hasn’t been a fortress like it was during Alex Ferguson’s successful heyday.

The last time these two teams met was in 2017, when United triumphed 1-3 at Middlesbrough’s home field during their tenure in the English Premier League, which didn’t last long since they have been unable to earn promotion since their relegation.

The Red Devils are coming off a 1-0 win at Old Trafford against West Ham United, who gave them a run for their money with former manager David Moyes in charge, but they managed to get three points after 90 minutes.

Middlesbrough faced Coventry City, and won 1-0 at home to continue their great season, in which they had only lost one game in their last five games, putting them in a solid position in the Championship.