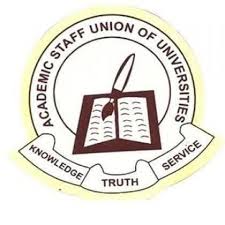 According to Prof. Emmanuel Osodeke, President of ASUU the Academic Staff Union of Universities has urged its chapters around the country to raise public awareness about the union’s dispute with the federal government.

This is because it has designated Monday, February 7,2022, as a lecture-free day in order to raise awareness.

Professor Emmanuel Osodeke, the Union’s National President, revealed this in a chat with our correspondent on Saturday evening.

According to the Sunday PUNCH, the directive to ASUU chapters came less than a week after President Muhammadu Buhari (retd.) pledged his administration’s commitment to honouring the union’s agreement.

When members of the Nigeria Inter-Religious Council came to see Buhari to discuss the remaining issues, he made the pledge.

Buhari pleaded with the union to be patient and evaluate present economic realities as he made the vow.

ASUU’s most recent nationwide strike began in March 2020 and ended in December 2020, when a Memorandum of Action was signed.

However, a year after signing the Memorandum of Understanding, ASUU accused the government of failing to live up to its end of the bargain and threatened to go on strike again right once.

The government moved promptly to pay N55 billion as part of the Earned Academic Allowance and Revitalization Fund, but the union refused to budge until the Nigeria Inter-Religious Council and other dignitaries intervened.

Prof Osodeke told Sunday PUNCH that the union had not yet declared a strike, but that it would be informing the public, including the media, about the current state of affairs between the union and the Federal Government.