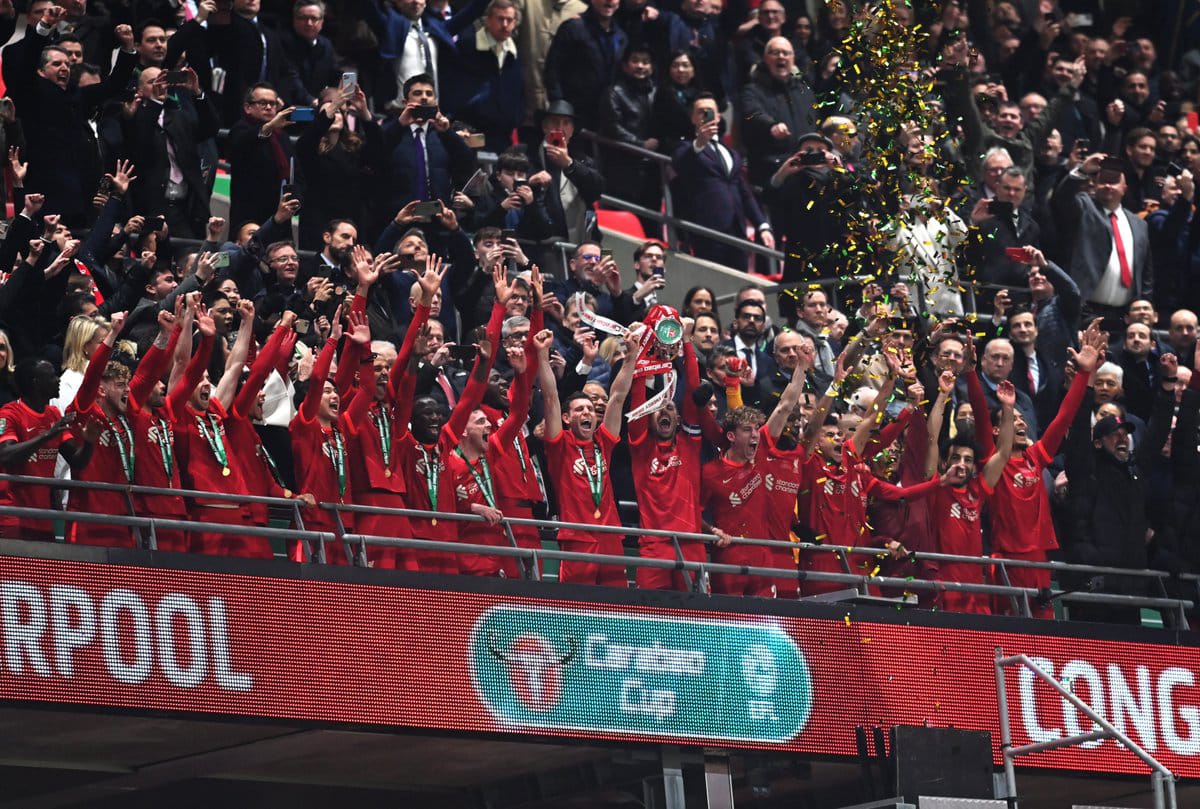 After 120 minutes without a goal, Liverpool defeated Chelsea 10-11 on penalties to win the Carabao Cup.

Both teams gave it their all in the first half, with chances being produced on both ends, but nothing came of it.

Chelsea did well enough in their own end, as Christian Pulisic had a chance to put them ahead, but the goalkeeper saved him point blank.

Things continued to go Liverpool’s way, with Sadio Mane coming close to scoring, but Edouard Mendy came up with a double save to hold the score at 1-1.

Trevoh Chalobah’s luck was running out as the game progressed, with the Reds utilising his position to batter the Blues on numerous times, almost leading to a goal.

As the game progressed, the score remained 0-0 as they entered the final few minutes of the first half.

Chelsea drew 0-0 with Liverpool as the first half came to a close, with neither side managing to take the lead after 45 minutes of action.

The second half began with both teams taking up where they left off in the first, which had seen them fail to produce any positive results.

Liverpool were equally involved in the game, and they kept coming close to taking the lead, but they were just unlucky not to score.

Chelsea conceded a goal from a freekick that was scored by Matip, but it was reviewed by VAR and ruled offside, keeping the game scoreless.

Nothing changes as they finish the second half with Chelsea 0-0 Liverpool, forcing them to go into extra time without scoring.

Nothing changes as they finish the second half with Chelsea 0-0 Liverpool, forcing them to go into extra time without scoring.

Chelsea got off to a good start with Romelu Lukaku scoring a goal that was unfortunately ruled offside by VAR, keeping the score at 0-0.

Liverpool may have been eliminated, but Kai Havertz’s goal was offside, resulting in a goalless extra time.

It was another marathon for both teams, but Liverpool came out on top 10-11 on penalties as Kepa Arrizabalaga missed his penalty to finish their run and hand the Carabao Cup to the Reds.