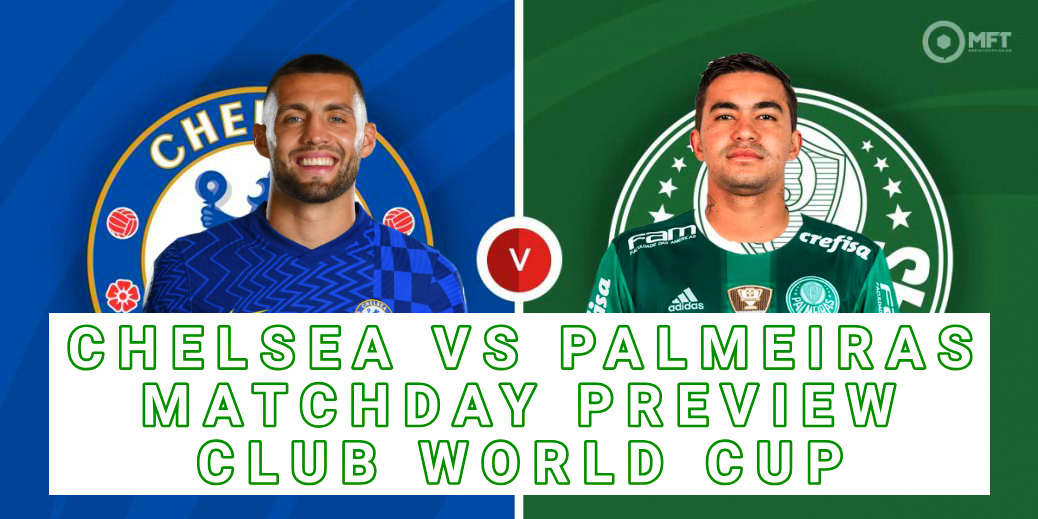 Ajokeonifaari has compiled a matchday preview for the FIFA Club World Cup final match between Chelsea and Palmeiras, which will take place later today.

Another chance for Thomas Tuchel to win another trophy for the Blues, but their opponents aren’t a walkover squad, having fought so hard to reach the final of this competition, which we’ll give you a quick synopsis of today in Abu Dhabi, UAE.

Chelsea vs Palmeiras Matchday Preview: Both teams will square up against each other for the potential to be crowned World Champions, which isn’t an easy feat considering they conquered their continent before making it to this FIFA-hosted competition.

PREVIEW OF THE MATCHDAY BETWEEN CHELSEA AND PALMEIRAS

Another huge game for the Blues, who might add another trophy to their collection later today if everything goes according to plan, pitting them against their Brazilian opponents, who are also aiming for the same result as we anticipate to see here later this evening.

This will be the first time both teams have played against each other in any match, whether it is a friendly or an international competition, and it is expected to be a good one as the Brazilian side advanced to the final by defeating African Champions Al Ahly 2-0 in a game that was well played between them.

INJURY UPDATE FOR CHELSEA VS PALMEIRAS

There isn’t much to report in terms of injured players, with Reece James and Ben Chilwell the only two out of this match later today, with the Blues aiming for another trophy, their first, provided they can win after 90 minutes against their Brazilian opponent.

With Edouard Mendy just making a comeback after winning the AFCON title with Senegal’s national team, the Chelsea Vs Palmeiras Matchday Preview was about receiving an update on which goalkeeper will get the chance to start the game.

LINEUP AND FORMATION FOR CHELSEA VS PALMEIRAS

KICK-OFF TIME FOR CHELSEA VS PALMEIRAS

Chelsea vs Palmeiras Matchday Preview: This match is set to take place at Mohammad Bin Zayed Stadium, with a kickoff time of 17:30 in the United Kingdom and 5:30 in Nigeria.