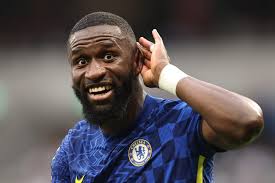 There is some hope that a deal may be struck because both PSG and Real Madrid are interested in the Germany international.

Chelsea have come closer to Antonio Rudiger’s £200,000-a-week ($271,000) wage demands in another bid to keep him as the club are keen not to lose too many defenders this summer.

The Germany international is still to finalize terms with the Blues, although Paris Saint-Germain and Real Madrid are still interested and able to give a significant signing-on fee as well as competitive compensation contracts.

Who will step up if Chelsea loses a defender?
Ronald Araujo of Barcelona has been regarded as a serious transfer target for the Blues.

The 21-year-old Uruguay international’s contract with the Catalan giants expires in 18 months, although he is upset with his own contract renewal discussions.

He is the latest prospective summer acquisition for the Blues, with Sevilla’s Jules Kounde and Leicester’s Wesley Fofana also on the shortlist.

If Chelsea loses two of their regular starters this summer, they will need to recruit more than one top defender, but they have been impressed with Levi Colwill’s improvement on loan at Huddersfield. Next season, he could be another option for Thomas Tuchel’s team.

Marc Cucurella of Brighton has also surfaced as a wing-back target, though any interest is contingent on Marcos Alonso’s future. The latter’s current contract is set to expire in just over 18 months.

What does the future hold for Cesar Azpilicueta?
Barcelona are confident in their ability to lure the Blues captain away from Stamford Bridge.

The contract of the Spain international, like Rudiger’s and Christensen’s, ends in the summer.

“I’m not going to speak about my future,” Azpilicueta stated when questioned about his future ahead of the Blues’ FIFA Club World Cup semi-final against Al Hilal at the Mohammed Bin Zayed Stadium in Abu Dhabi.

We’re one day away from the tournament’s semi-final. Of course, I didn’t have children when I arrived in the summer of 2012. My children were born in London, and you are aware of my feelings toward Chelsea. But I’m not going to say anything about my future.”