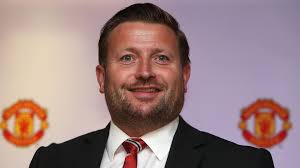 The Red Devils are on the lookout for a full-time manager to take over from Ole Gunnar Solskjaer, and the PSG coach and Erik ten Hag are at the top of their list.

Following the departure of Ed Woodward, Manchester United is ramping up its hunt for a new manager.

Richard Arnold took over as Woodward’s replacement at the start of the month, and it’s expected that the search for Ole Gunnar Solskjaer’s permanent replacement will increase in the coming weeks.

What do we know so far?

When Solskjaer was fired in November, Ralf Rangnick was named as caretaker manager until the end of the season.

Once a permanent manager is hired, the German is likely to move upstairs and serve as an advisor to the club.

Pochettino has long been a favorite of United’s board of directors, and GOAL knows that he is keen on a move to Old Trafford. However, the former Tottenham manager has denied reports that he moved to France at the end of last year to focus on the position.

Pochettino is an appealing prospect, especially given his current situation at PSG. United are keen to have an agreement in place with a new manager so that it can be announced at the end of the season.

After their exit from the Coupe de France last month, the 49-year-old has come under fire, and there is a fear that pressure will mount if they exit the Champions League with a two-legged tie against Real Madrid looming. This summer, Zinedine Zidane is expected to take over from Pochettino.

Is there anyone else in the picture?

Erik ten Hag is admired by the United leadership, just like Pochettino. Rangnick, who will have a say in the managerial decision, is said to be a fan of the 52-year-old.

He is presently the manager of Ajax, where he has been since 2017 and has won three Eredivisie titles during his tenure.