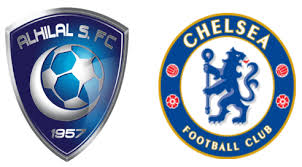 Al Hilal Vs Chelsea brought to you live from Ajokeonifaari, When Chelsea takes on Al Hilal in Abu Dhabi this midweek, they will be looking to reach the final of the FIFA Club World Cup.

On Wednesday, Chelsea will face Saudi Arabian champions Al Hilal SFC in the Mohammed bin Zayed Stadium, with a spot in the FIFA Club World Cup final on thee line.

Chelsea advanced to the tournament’s semi-finals after winning the UEFA Champions League last season under Thomas Tuchel. The Blues warmed up for the match with a hard-fought 2-1 FA Cup victory against Plymouth Argyle over the weekend.

The European champions have only lost one of their past 15 games in all competitions, and will be looking to win their second trophy of the season after winning the UEFA Super Cup.

After winning the AFC Champions League previous season, Al Hilal qualified for the competition at the quarter-final stage. The Riyadh-based side, managed by former AS Monaco coach Leonardo Jardim, crushed Al Jazira 6-1 to set a new record and clinch a clash with Chelsea in the penultimate round,.

The Asian club is on a six-game winning streak and will be hoping to extend it and reach the final.

Palmeiras will face the winners of Wednesday’s encounter in the final after defeating Al Ahly in the second semi-final on Tuesday. The Hard Tackle takes a closer look at both sides ahead of their David vs. Goliath matchup in Abu Dhabi.

Al Hilal have no injuries to worry about ahead of Wednesday’s semi-final match against Chelsea. Manager Leonardo Jardim will have a completely fit roster at his disposal as he attempts to pull off a major upset.

On Wednesday, the AFC Champions League winners will line up in a 4-2-3-1 style to take on their more famed opponents. Abdullah Al-Mayouf could have a busy game in goal, and his defense, which should include Saud Abdulhamid, Jang Hyun-soo, Ali Al-Bulaihi, and Yaseer Al-Shahrani, will need all the help they can get.

Mohammed Kanoo and Gustavo Cuellar will be in charge of keeping order in the middle of the park and bolstering the backline’s security. Matheus Pereira, who scored a brace for West Bromwich Albion against Chelsea at Stamford Bridge last season in the Premier League, will provide the creative spark.

Moussa Marega and Michael will aim to threaten from wide areas, while supporting the central striker, who is expected to be former Manchester United striker Odion Ighalo, who joined Al Hilal in the January transfer window.

Chelsea will be without their manager Thomas Tuchel in Saudi Arabia after the German tested positive for coronavirus. After winning the Africa Cup of Nations with Senegal, Edouard Mendy will be unavailable for the semi-final match. Ben Chilwell, Ruben Loftus-Cheek, and Reece James are all out, while Mason Mount is a question mark for the game.

Chelsea started with a four-man backline last time out, but will most likely switch to a three-man backline on Wednesday. Trevoh Chalobah, Andreas Christensen, and Antonio Rudiger are the three center defenders who should line up in front of goalkeeper Kepa Arrizabalaga, who was excellent against Plymouth.

Cesar Azpilicueta, the captain, could start at right wing-back, while Marcos Alonso should start on the opposite flank. For the European champions, the pair will be key in providing width. Mateo Kovacic should start one of the two midfield places, while N’Golo Kante and Jorginho could be saved for the last or later portions of the game if things don’t go as planned.

Hakim Ziyech has been in excellent form and should be kept in the starting lineup, while Timo Werner should get some minutes on the left side. In place of the Blues’ misfiring Romelu Lukaku, Kai Havertz should drive the assault against Al Hilal. Christian Pulisic is possible to also get some minutes at some point in the game.

The match between Al Hilal and Chelsea kicks off by 17:30pm at Mohammed Bin Zayed Stadium.