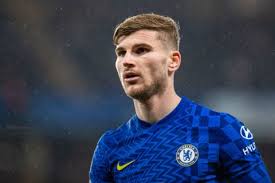 Timo Werner has failed to live up to expectations during his time at Chelsea.

RB Leipzig signed the German attacker in a £47.5 million contract in 2020.

However, he struggled in front of goal during his first season with the club.

Werner squandered a series of guilt-edged chances as he struggled to score goals.

In total, he scored 12 goals in 52 games, which is a poor return for a player who cost so much.

Werner has had a similar run of luck in front of goal this season, scoring six goals in 18 appearances.

Despite Werner’s problems in front of goal, the majority of Chelsea fans have remained to believe in him and provide him unflinching support.

In an emotional interview, the 25-year-old has spoken out about Chelsea supporters’ support for him.

Werner confessed that he doesn’t always understand their enthusiasm for him because of his goal-scoring misfortune.

“Sometimes I don’t know why they are supporting me so much,” he told Sky Sports and Premier League broadcaster Lynsey Hooper, according to Olivia Buzaglo. “I’m a striker and I want to score but I miss chances.”

“Playing in front of the Chelsea fans is a lot of pleasure, and when they encourage me, it makes me stronger when I miss opportunities or have bad luck.” Every game, I aim to give 100 percent to make sure the squad is happy.”

Is it really possible to despise Werner?

Since joining the Blues, the German has struggled in front of goal.

However, he always gives everything he has whenever he steps on the pitch, as he claims.

He may not be the goalscorer he was expected to be, but his amazing work ethic allows him to offer so much more to the squad.

And it’s for this reason that Chelsea fans hold him in such high regard.