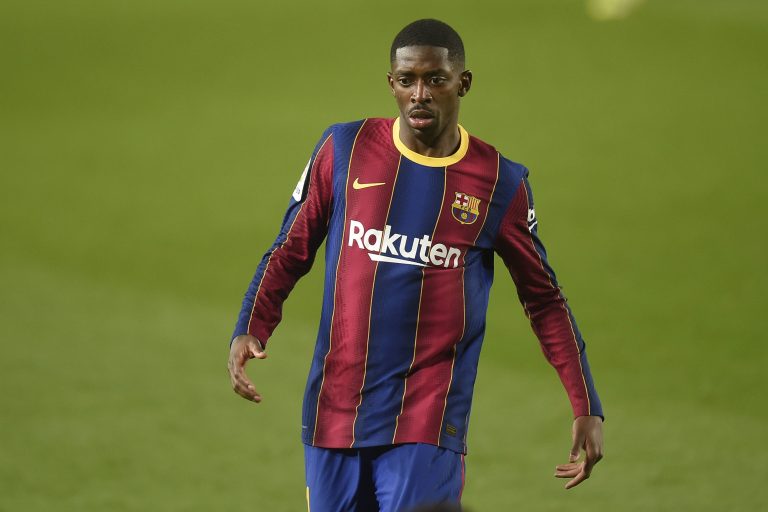 Chelsea are considering a loan deal for Barcelona attacker Ousmane Dembele, according to Marca With the January transfer window closing up on the Blues, a last-minute bid to bring the winger to England could be made.

The Frenchman’s Barca career is at a fork in the road, as the club has informed him that he will be sold in January after declining a new deal. Chelsea may be able to offer the winger a way out of Spain if Barcelona accepts their offer.

Dembele will be able to leave his recent Barcelona nightmare behind and reunite with his former boss, Thomas Tuchel, at Chelsea. After a year together at Borussia Dortmund, the two parted ways in search of greener pastures.

Chelsea were linked with a loan move for the Frenchman throughout the January transfer window, and a late loan bid might now work in their favor as the transfer deadline approaches on Monday.

Dembele will be able to leave his recent Barcelona nightmare behind and reunite with his former boss, Thomas Tuchel, at Chelsea.

A transfer to Stamford Bridge, though, may not be easy, with Premier League rivals Manchester United and Newcastle United also reportedly interested in signing Dembele.

Newcastle have been actively hunting prospects to help them avoid relegation this month, and the Frenchman’s position appears to have piqued their interest.

Ousmane Dembele of Barcelona is being considered for a loan move by Chelsea.
Dembele has had a difficult time at Barcelona, with his consistency being hampered by injury difficulties that have plagued him throughout his La Liga career. Despite returning to the first team this season following an injury layoff, the winger’s time at the Catalan club may be coming to an end due to contract negotiations.

With only six months left on his current Barcelona deal, it’s debatable if we should risk bringing him in this month rather than waiting for a free transfer in the summer. Chelsea’s recent form, on the other hand, gives the explanation, as we have yet to win in the league until last weekend’s 2-0 victory against a Spurs side that did not appear to be up to the task.

The 24-year-old is regarded as a versatile forward who can play on both flanks and with both feet. Fans of Barcelona and Dortmund are well aware of what he can bring to the table, and with Chelsea’s attack faltering recently, Dembele might provide a temporary answer until the end of the season.