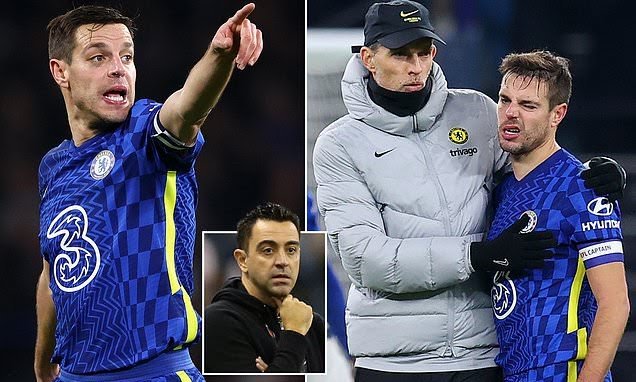 If an update from journalist Jose Alvarez on El Chiringuito TV is to be believed, one of Barcelona’s signings for the summer transfer window later this year has already been completed.

Barcelona has already agreed to sign Chelsea captain and defender Cesar Azpilicueta on a free transfer at the end of the season, according to the reporter.

The 32-year-old has been with Chelsea for over ten years, having joined in the summer of 2012 from Marseille. The versatile defender has developed into a club icon throughout his time at Stamford Bridge and remains an important component of the squad.

However, Azpilicueta’s contract is set to expire at the end of the season, and despite conversations about a new contract, it appears that the Spaniard has made up his mind to join Barcelona.

The Catalans are looking for a new right-back after Sergino Dest failed to impress Xavi Hernandez. Despite a strong start to his second term with the club, Dani Alves is 38 years old and his contract will expire at the conclusion of the season.

So, at least in the near term, bringing in a player with Azpilicueta’s experience and know-how could be beneficial to the Blaugrana. The Spanish international is a natural leader on the pitch, but he can also play centre-back and left-back, giving the manager more choices.

And, if the aforementioned Jose Alvarez claim is to be believed, the relocation is almost complete. The Chelsea captain is expected to sign a two-year contract with Barcelona, with a one-month extension option.

If this is the case, obtaining a seasoned campaigner like Azpilicueta on a free transfer, who still has lots to contribute, would be a huge coup for Barça.