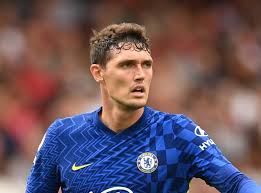 After Barcelona’s poor defensive record this season, centre-backs have become the talk of the town. Despite the fact that there are several major names on the market, the aim is to get a low-cost transfer.

Andreas Christensen emerged as an ideal choice for the Spanish club in this regard. The defender not only brings experience to the table, but he is also in the final year of his Chelsea deal. Christensen can now sign a pre-contract agreement with another club because his current contract expires in June.

FC Barcelona and Bayern Munich are leading the battle to recruit the centre-back, according to the always-reliable Fabrizio Romano. Several Premier League clubs were interested in acquiring his talents, but the defender chose to turn them down out of respect for his current club.

Christensen was a member of the Chelsea team that won the UEFA Champions League in 2020, defeating Pep Guardiola’s Manchester City in the final. Last season, the towering defender made 15 league starts, eight of which resulted in a clean sheet.

His outstanding performance continued into the 2020 European Championship, as well as the current and subsequent seasons. In the Premier League, Christensen averages two interceptions and three clearances per game. The kid is part of one of the league’s top defenses, alongside Thiago Silva and Antonio Rudiger.

Under Xavi Hernandez, Ronald Araujo is the only defensive starter who can be counted on. With Gerard Pique’s future uncertain, the Dane could easily replace him in Barcelona’s starting lineup next season. The only potential problem arises from the fact that his favored position overlaps with Araujo’s.

He does, however, have a skill set that would be ideal for Barcelona. Christensen is a superb passer and game reader with the ball at his feet. It’s a made-in-heaven pairing.

Andreas Christensen is only 25 years old, yet he already has the best years of his career ahead of him. A free transfer would be the perfect finishing touch.