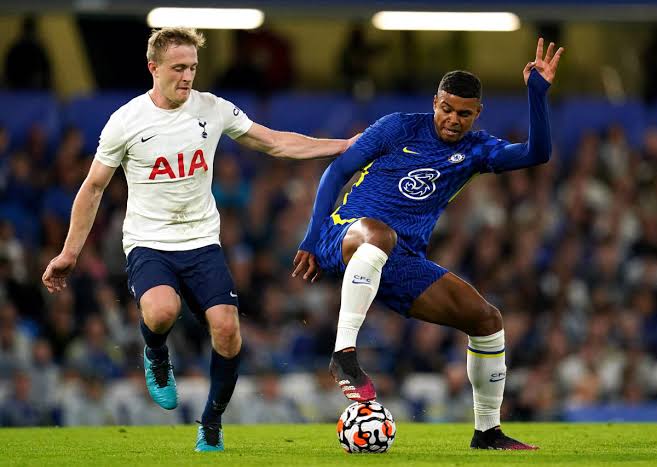 Sheriff, the father and agent of Chelsea winger Tino Anjorin, has stated that his son is in talks with Southampton about a January move.

After sustaining a metatarsal injury during a training session with loan club Lokomotiv Moscow, the 20-year-old returned to Chelsea early in November.

His recuperation appears to be going well, but instead of finishing his loan spell in Russia, he is set to join Southampton, according to his father and agency.

When asked about the transfer rumors, the father informed Russian publication RB Sport, “Talks are ongoing, you will know everything in a few days.”

“I don’t have anything else to say.”

Southampton will have to sign Anjorin on a permanent deal because they already have Armando Broja, a Chelsea loanee, in their roster.

Chelsea apparently had a £17 million buy option in the last loan deal with Lokomotiv, and Goal reports that they are willing to accept a comparable amount for the player.

Although it is unclear whether a deal would be completed this month, Goal reports that Southampton will return in the summer for the Chelsea youth graduate.
Meanwhile, Chelsea is unlikely to loan Anjorin to a Championship club, despite reports that several clubs have inquired about Anjorin’s situation.

Thomas Tuchel is a fan of Anjorin, who is regarded as “the greatest of his generation,” but he cannot guarantee the teenage winger any first-team minutes, according to Goal.

It was never going to be easy for Anjorin to break into Chelsea’s first squad, given the fierce rivalry for attacking positions.