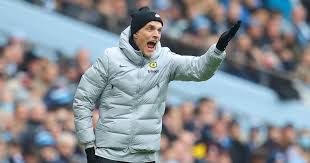 Chelsea’s January transfer window was disappointing, and she had an opportunity to silence her critics.

The Blues’ transfer chief has come under fire for the club’s tardiness in responding to a mounting problem in Thomas Tuchel’s team.

Despite leading Chelsea to their second-ever Champions League title, the German manager was only able to acquire three fresh additions. The first was a backup goalkeeper, the second has expressed his wish to go, and the third was a loanee who hasn’t exactly set the world on fire.

Granovskaia coordinated a very underwhelming summer transfer window despite setting a new transfer record at Stamford Bridge in the summer.

Chelsea paid the price for failing to accommodate to the possible absences of their great wing-backs in the summer.

Ben Chilwell and Reece James were part of Tuchel’s winning formula, but Romelu Lukaku’s alluring price tag and the excitement of a deadline day arrival ultimately disguised the flaws.

Chelsea paid the price for neglecting to plan for the likely departure of their star wingers during the summer transfer window.

Chilwell and James’ injuries occurred in November and late December, respectively, giving Chelsea ample time to scour the market for viable replacements for either, if not both, of their absences.

The January transfer window is barely over a week away, and the Blues have nothing but a ‘he said, she said’ to show for their efforts.

Barcelona’s latest desire to conduct a fire sale, on the other hand, could play right into Chelsea’s hands; the Spanish club is apparently looking to shed a few players, and the Blues can patiently wait to pick up the pieces.