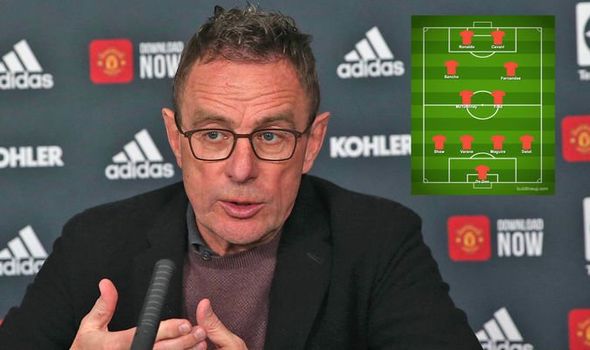 The Red Devils travel to Newcastle on Monday, looking to revive Ralf Rangnick’s revolution at Old Trafford after two weeks of upheaval.

Ralf Rangnick said in the Old Trafford press room at the beginning of December that imposing his footballing ideas on the current Manchester United team would be difficult.

Rangnick’s argument was that, due to United’s busy match schedule, he would have very little time on the training ground to execute his high-pressing style on his new players.

At first sight, though, it did not appear that this would be an issue versus Crystal Palace. Despite having only one training session with his team, United appeared to have picked up on the German coach’s methods in their high-octane victory over the Eagles.

Six days later, they reverted to form against Norwich City, edging out a 1-0 victory at Carrow Road, and it was clear that more work needed to be done. 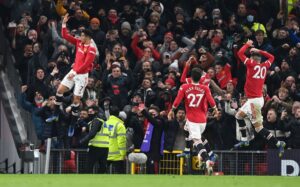 That the club did not notify the Premier League of their positive PCR test results until late on December 13, resulting in a late board meeting and even later decision and announcement.

Everyone was in the dark because of the late call. United’s players were reportedly expecting the game to be postponed, but staff members had no idea if they would be asked to travel to west London at the last minute.

In the meantime, Rangnick’s first-team training facilities at Carrington were shut down, and after a near-perfect start to his tenure as interim manager, this was not the next move the 63-year-old would have hoped for.

On Tuesday, December 14, those players who had tested negative for Covid after the Norwich game were tested again in a special cabin set up at the end of the lane.

Rangnick would have taken a 16-day holiday between matches if you had offered him one under normal conditions, so he could drill his tactical instructions into some of the world’s most brilliant footballers.

United’s last two-and-a-half weeks, on the other hand, have been anything but normal.

The Red Devils will face Newcastle on Monday after a fortnight of dealing with a Covid-19 outbreak among the team that resulted in two matches being postponed and the club’s Carrington training center being locked down for several days.

Our game against Brentford on Tuesday has been postponed, according to the Premier League.

Those that stayed negative trained together the next day, albeit due to the large number of positive cases and unvaccinated players forced to self-isolate due to close interactions, just nine players were present for that session.

The first-team training facilities had been shut down once more by Thursday, December 16, and the home match against Brighton slated for December 18 had been canceled as well.

Rangnick and his team hustled to put together video analysis packages for each player so they could continue their training outside of Carrington. Rangnick maintained in touch with each player, whether they were totally fit, recovering from injury, or recovering from Covid, and gave them ‘homework’ and a specialized plan to complete.

Some players are said to have taken the five days away from the training site to spend time with their families, but Rangnick and his staff kept a careful eye on the entire team to ensure they stayed on track with their plans.

And the former RB Leipzig coach was delighted with what he saw when the majority of the players returned to training on Wednesday, December 22.

“Physically, they look good,” Rangnick said at a press conference on Thursday. “They had a very intense training session yesterday.” “The excitement was tremendous, all of the players were totally involved, and everyone was on the same page.”

“Since it was a really tough training session, I’m not concerned about the team’s physical condition; they appear to be extremely fit.” However, it is also critical for each game to have all of the players present.

“It’s possible that we’ll rotate from one game to the next, especially when you’re playing every three days, but everyone is available right now except Paul Pogba.” Not only deciding on the starting XI, but also the eight men on the bench, will be difficult.”

As a result, United will travel to St James’ Park for Rangnick’s fourth game in charge, with the coach hoping for increased intensity, aggression, the ability to win more duels, and for his team to gel moving forward.

Manchester United is finally back in play after what seems like an eternity. The Rangnick revolution may now begin in earnest.