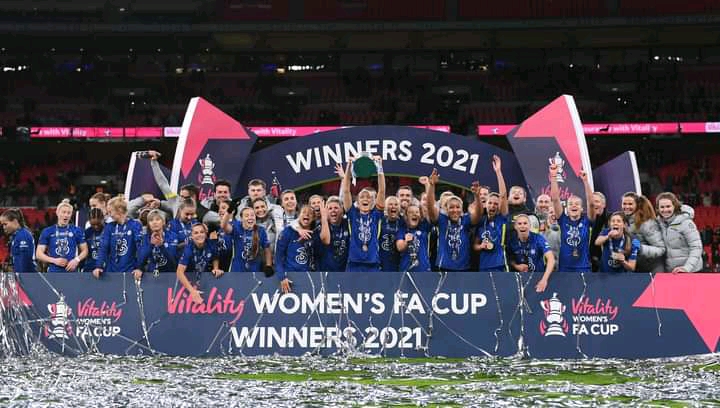 The Women’s FA Cup final began with high expectations on both sides, as they managed to make things happen in a matter of seconds, all in favor of the Blue side of London.

Chelsea required just three minutes to punish their opponents, with Fran Kirby putting the ball into the Arsenal goalkeeper’s net to make the score 0-1 as the game progressed. 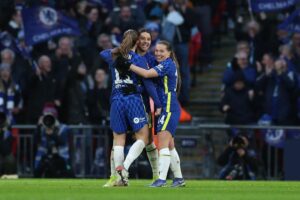 Arsenal soon regained control of the game, creating a few chances that didn’t end up in the net due to their opponent’s superior defending, which proved beneficial to them as the game progressed.

Chelsea’s lead was extended in the 56th minute of the second half when Samantha Kerr scored an excellent goal to make the score 0-2 for the Champions of England.

As the second half progressed, Arsenal appeared to be on the verge of losing since they couldn’t find a way past their opponent, who had previously had two passes slip by them without a response. 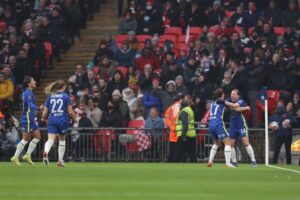 Samantha Kerr completed her hat trick in the 78th minute of the game, chipping the ball over Zinsberger to make the score 0-3 thanks to a superb teamwork effort before to the goal.

After 90 minutes of football at Wembley Stadium, Chelsea won the Women FA Cup with a thrilling 0-3 triumph over Arsenal.

CHECK OUT THE MATCH HIGHLIGHTS BELOW: