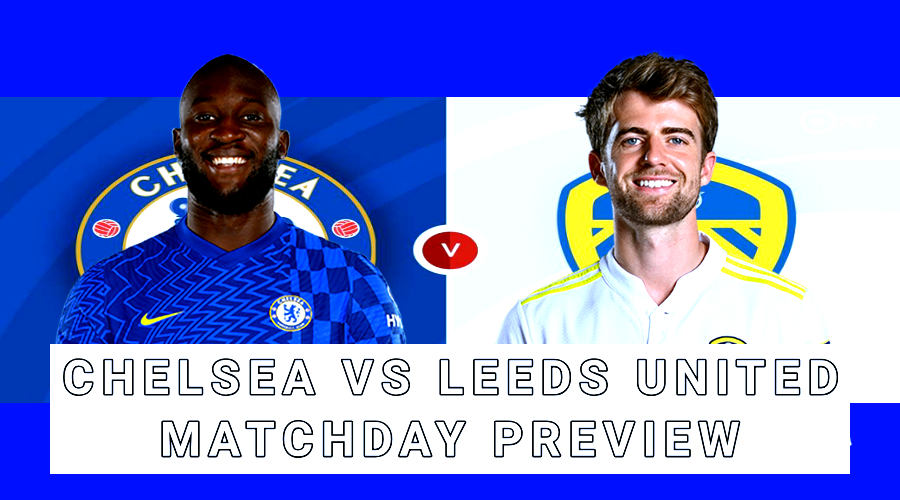 Your number one sport site, Ajokeonifaari is here to provide you with a matchday preview of Chelsea vs Leeds United, a match that will take place later today in the Premier League.

The Blues are coming off a poor UEFA Champions League match in which they were defeated to a 3-3 tie by Zenit Saint Petersburg in the group stages, finishing second.

Chelsea Vs Leeds United Matchday Preview is another game in which the London club will be looking to rebound after a poor run in the Premier League due to an injury issue that cost them the previous game.

So much is expected to happen in this English Premier League match later today, as a win would be huge for the home team, who need to get back to the top of the table after falling to third.

The last time Chelsea and Leeds United met, the Blues won 3-1 at Stamford Bridge during the 2020-21 season, which was a successful one for them as they finished fourth in the League table.

There is still no positive news for four players, including Mateo Kovacic, who has been ruled out of the match between Chelsea and Leeds United by Thomas Tuchel.

‘Trev is still missing. Mateo Kovacic, N’Golo Kante, and Ben Chilwell are all out,’ Tuchel stated.

‘He did the last two training sessions, and I believe he will do what he did in the last games, which was to play through pain and accomplish what he needed to do on the field,’ says the coach. Jorginho, according to Tuchel.

LINEUP AND FORMATION OF CHELSEA VS LEEDS UNITED

The match between Chelsea and Leeds United will be broadcast live from Stamford Bridge, with kickoff scheduled for 16:00 UK and 4:00 PM Nigeria. Check your local time to see when the game will be broadcast in your country.