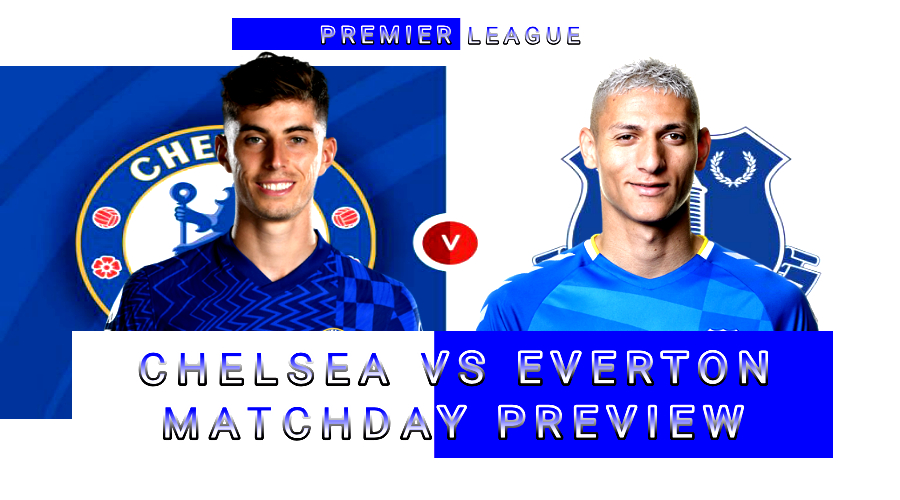 Your number one sport site, Ajokeonifaari  gives you a rundown of how today’s match will play down before of tonight’s showdown between Chelsea and Everton.

It’s another crucial match for the struggling London club, who have struggled in recent games, with this match taking place later today in the English Premier League.

Chelsea Vs Everton is, as expected, providing you with all of the details on what to expect in the match that will take place later tonight as both teams attempt to win.

Both teams are coming into this match knowing exactly what they need to do, since they have been bad in their last few games, putting in some questionable performances.

Chelsea’s most recent match was against Leeds United, who came close to pushing them aside in a 3-2 win due to Jorginho’s two penalty goals, one of which was assisted by Mason Mount.

INJURY UPDATE FOR CHELSEA VS EVERTON

It was all about the good news from Chelsea’s camp, as players like NGolo Kante and Trevoh Chalobah returned to full training with the rest of the squad after missing time due to injuries.

Chelsea vs Everton will be a thrilling contest as more players continue to regain full fitness, knowing that the month of December will be jam-packed with games in which they will all need to perform at their best in order to survive.

“NG (NGolo Kante) will return to the bench tomorrow,” said the manager. – He was there for the final two training sessions. Trevoh also participated in the previous two practices and will rejoin the squad.”

CHELSEA VS EVERTON LINEUP AND FORMATION

KICK-OFF TIME FOR CHELSEA VS. EVERTON

Chelsea vs Everton will begin off at 20:45 UK time and 8:45 PM Nigeria time at Stamford Bridge; you may also check from where you will be watching to confirm kickoff time.