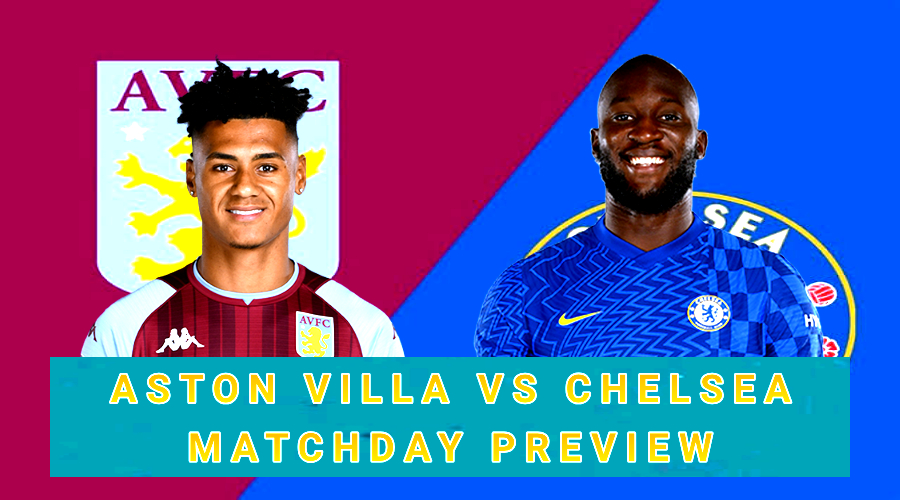 Aston Villa vs Chelsea Matchday Preview powered by Ajokeonifaari provides an overview of what to expect in today’s high-profile match.

The boxing day matches are heating up, with games scheduled for later today and tomorrow as the new year approaches, as well as the winter transfer window in January 2022, when clubs will be seeking to do business.

Aston Villa vs Chelsea Matchday Preview is a match that could go any way later today, as both teams have had a lot on their plates leading up to this one, which is expected to be difficult for both managers, Steven Gerrard and Thomas Tuchel.

PREVIEW OF ASTON VILLA VS CHELSEA

The previous time these two clubs met at Villa Park, the home side took all three points after defeating the Blues 2-1in a game that didn’t get boring until the 90th minute on that particular day.

When Aston Villa and Chelsea met at Stamford Bridge, they shared the points, which was not a good result for the Blue London team, who went on to win the Champions League previous season.

This match has a lot of hype surrounding it because Steven Gerrard will be playing against a team with whom he had a rivalry during his playing days with Liverpool. It won’t be an easy match with so many memories from before he retired and began his managerial career.

UPDATE ON THE INJURY FIGHT BETWEEN ASTON VILLA AND CHELSEA

As Romelu Lukaku, Andreas Christensen, Callum Hudson Odoi, and a few others return from the Covid-19 virus, Thomas Tuchel may get the chance to watch a full team play against the Villains.

Aston Villa vs Chelsea could see more players showing up for both teams who have kept their records clean and are looking forward to this match, with the Blues seeking to get back on track after a difficult few weeks.

Aston Villa and Chelsea  match will kick off at exactly 18:30 UK and 6:30 PM Nigeria live at the Villa Park.