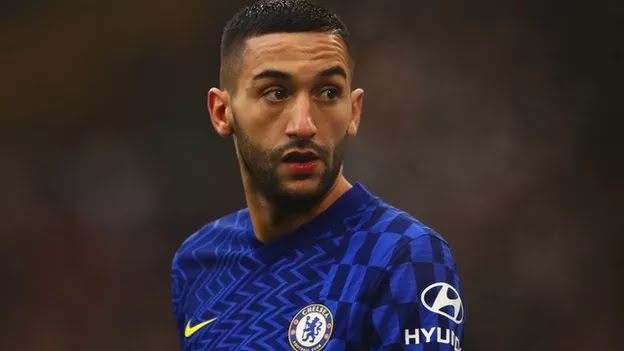 Following a squabble with the manager, the Blues will not lose the forward to international competition in January.

Chelsea will not lose Hakim Ziyech to the Africa Cup of Nations in early 2022, as the winger was left out of Morocco’s team due to an ongoing conflict between the player and the national coach.

During recent Covid-19 outbreaks, the Blues have been short on personnel at times, and they could be much more so next month.

Thomas Tuchel’s team is vying for titles on numerous fronts, and the news that Ziyech will be available has given them a boost.

Why hasn’t Ziyech been included?

The 28-year-old forward has 40 caps and 17 goals for Morocco, but under current coach Vahid Halilhodzic, he has fallen out of favor.

When the Bosnian was first snubbed in September, he disclosed Ziyech felt as if his tolerance with the star had been tested to the limit.

“For the first time in my coaching experience, I saw a national team player who refuses to practice and claims to be injured, despite the fact that tests show he can play,” he told reporters.

“I’m not going to put up with it.” This will not be tolerated as long as I am coaching Morocco.”

“Next time when you speak, SPEAK THE TRUTH THEN…!” Ziyech reacted on Instagram.

Halilhodzic refused to give up and later claimed during an international break that he wished he had dropped Ziyech earlier.

“We attempted to talk to him,” he continued, “but you have to draw the line someplace.” It’s tragic, it’s a disaster, but it’s also a pity.”

While Ziyech has been left out of Morocco’s team, full-back Achraf Hakimi of Paris Saint-Germain has been included.

On January 10, the Atlas Lions will face Ghana in their AFCON opener, before facing Comoros and Gabon in their other Group C matches.

Chelsea will be represented elsewhere in the competition, with Senegal likely to pick first-choice goalkeeper Edouard Mendy.