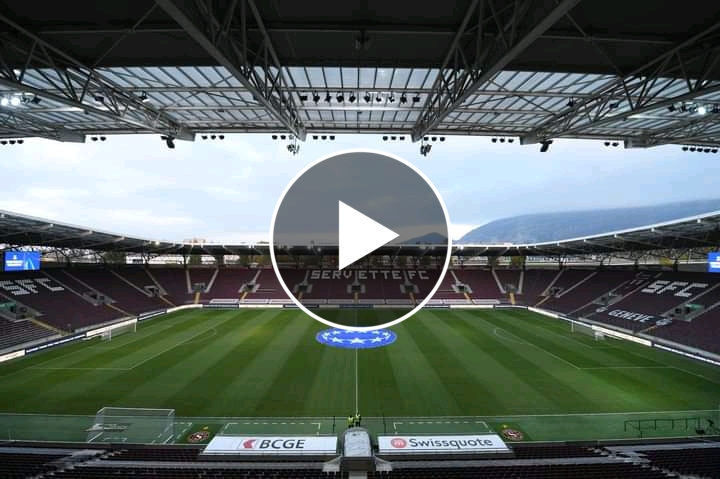 Servette FCCF Vs Chelsea Women encounter for the WUCL is going down live as live streaming will be brought to you via the link below the post.

Both teams will be going up against each other in the Women UEFA Champions League group stages for matchday three which is about to kickoff.

Servette FCCF Vs Chelsea Women is one of the two games that will be going down in the group alongside Wolfsburg Vs Juventus which is the second encounter.

The London side has claimed four points in their last two games which saw them winning one and drawing the other as they currently occupy number 3 position in the group.

They played a 3-3 draw against Wolfsburg in their first game which was very poor coming from them as they saw their lead cut off before fighting to end the match with one point.

Their second game against Juventus was entertaining as they managed a 2-0 victory which wasn’t that easy for them as they were the visiting side on that matchday in Turin.

Emma Hayes will be looking to push her side to another victory here tonight against an opponent who is yet to register a point in the group after two games. 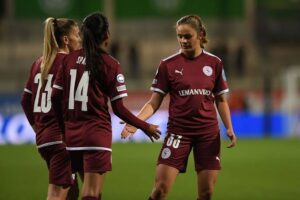 The starting lineup for both teams is out and kickoff should be the next thing coming up between them as the players are already getting prepared.

This game is looking to be an easy win for the English side who have been on good form so far this season after their bad start against Arsenal which they lost.

Their form in the League has been exceptional after coming off their fresh 1-0 win against Aston Villa women who gave them a run for their money during the weekend.

Servette FCCF so far this season in the Women UEFA Champions League has conceded eight goals in two games played leaving them rock bottom in the group.

Their first game against Juventus women ended with them 3-0 at their home ground before going on to lose 5-0 against Wolfsburg who could have scored more goals in that encounter.

Servette FCCF Vs Chelsea Women could be another game that the goals will just be too much to contain as the Londoners are known for scoring loads of goals against a weak opponent.

The match is about to kickoff now as the players are already waiting for the referee to give the signal which will see things going off as so much is expected to happen here. 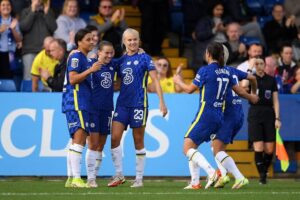 Don’t forget to join the conversation going on about the game which is set for kickoff and both teams going after a win which could only go one way or a draw that is not likely to happen.

To watch the match live kindly locate the “STREAM HERE” Button below the post which you click to get access to streaming the match on your mobile phone or PC from any location.