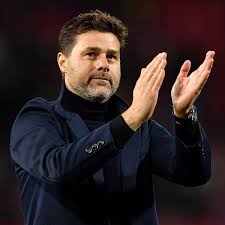 The Manchester United target has already made certain signings in mind, and this could be the man we have been looking out for.

According to La Razon, Mauricio Pochettino has urged Manchester United to sign Kieran Trippier of Atletico Madrid and Jules Kounde of Sevilla if he takes over as manager.

The PSG manager is a major contender to replace the ousted Ole Gunnar Solskjaer, with United expected to wait until the conclusion of the season to make a permanent appointment.

Trippier was a teammate of Pochettino’s at Tottenham, while Kounde has long been coveted by big European clubs and was on the verge of joining Chelsea this summer.

Already Manchester United will be facing  the blues next in the UEFA Champions League which means Mauricio Pochettino might bring luck to the club.

From Pochettino experience from his former club and performance we strongly believe he will do better in Manchester United than PSG.

ManU have not really been performing well in their past matches and this has drop their point on the table but facing the blues will they have any chance of winning? Let see what Mauricio Pochettino can do to help in this.