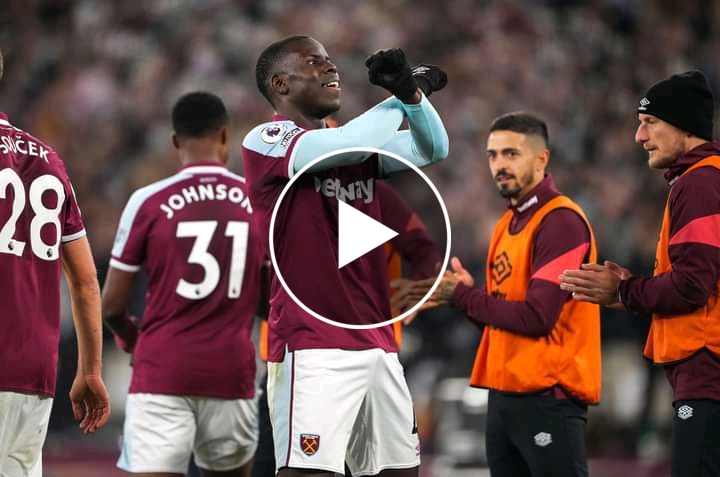 Former Chelsea defender Kurt Zouma was on target for West Ham United as they beat Liverpool 3-2 in the English Premier League today.

It was a good game for the Hammers who were perfectly on point against the side who haven’t lost any game before the encounter against the home side earlier today.

Liverpool were dealt with a blow which could have seen them narrow points on Premier League leaders Chelsea who drew their match against Burnley yesterday at Stamford Bridge. 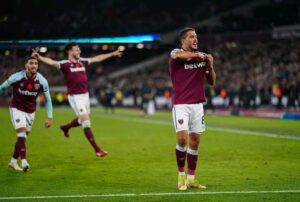 The former Blue man helped make things easy for his ex-club who are sure of seating top of the table clear off Manchester City who are now second place after Liverpool loss today.

Great goal from Kurt Zouma who has was one of the best players on the pitch of play so far and his goal goes a long way in showing his quality and why he has been named in the starting lineup by the manager.

The next goal scored in this encounter would have gone a long way in affecting the outcome of the final results with three points at stake or will this end in a draw in which both teams will have to settle for one point each.

Don’t forget to let us know what you think about this game as we have seen yet another amazing goal this evening as West Ham United 3-2 Liverpool which proved to be an entertaining match. 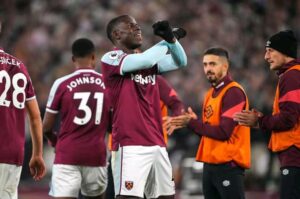 This goal scored here went a long way in determining who gets to walk away with all these points here as we didn’t witness a comeback and end the tie in a draw which wont be good for both teams.

You can also check out other goal alert and match highlight from related post below or click on the homepage to enjoy more from us, your home for entertainment news and football activities.