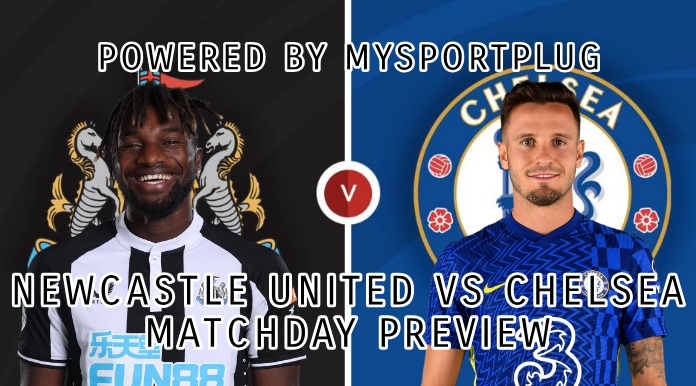 The English Premier League weekend fixtures are back as we are giving you a rundown of Newcastle United Vs Chelsea matchday preview and what to expect.

Newcastle United Vs Chelsea will be going down later today as both teams will be looking to get all three points with the home side expected to start winning games following the Saudi Arabia takeover.

It won’t be an easy game for either side as Chelsea has had it difficult playing against Newcastle United who always gives them a fight for their money with a narrow win coming in their last encounter which ended with 2-0 for the Blues.

Today’s game could be going anywhere regardless of the home side form which is currently poor as they sit at the 19th position on the English Premier League table with just four points so far this season.

Chelsea’s last Premier League match ended with them thrashing Norwich City 7-0 as Mason Mount scored a hat-trick before they went on the beat Southampton in the Carabao Cup via penalties. 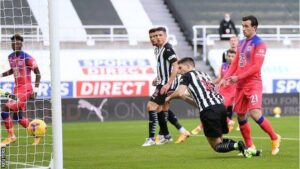 All odds are favoring the visitors who have been exceptional with their performance in this campaign as they currently occupy the number one spot on the English Premier League table.

Meanwhile, Newcastle United who currently has a new owner but waiting for the transfer window before they can start bringing in new players will be hoping they can get something in the match today against Chelsea.

Last season was one-way traffic between Newcastle United Vs Chelsea which the Blues won both legs 2-0 as they made sure the job was done easily without any issues as they went on to finish fourth and won the UEFA Champions League.

The last time the home side record a win against the visiting team for today was way back in 2018 which ended 3-0, most of their encounter against each other always ends in a narrow result that favors the Blues.

Still no good news as Romelu Lukaku and Timo Werner is ruled out following their injury sustained against Malmo in the UEFA Champions League group stages encounter as they will be looking to miss until after the International break.

Also despite Christian Pulisic joining the team in training, he won’t be able to play against Newcastle United as it is too soon for the American who was sidelined due to an injury sustained at the International break last month.

Mateo Kovacic is the latest player to go out on the treatment room after picking up a hamstring injury yesterday and will miss at least the next three games for Chelsea before making a comeback into the team.

NGolo Kante is fit to play as confirmed by Thomas Tuchel during his press conference which he had so many things to say about the team fitness issues which is beginning to be a worry but the dept they have is enough to cover up things.

With so many key players left out, Thomas Tuchel will be going in a different direction which will see Kai Havertz leading the team in the attack and a partnership between Jorginho and NGolo Kante or Saul Niguez.

Expected starting lineup ahead of Newcastle United Vs Chelsea which Thomas Tuchel will be hoping they remain fit before the game as he won’t be looking to make any late changes due to issues.

The match is expected to take place at Saint James Park with a kickoff by 15:00 UK and 3:00 PM Nigeria time, you can also check for your local time from any location you are watching from so you don’t miss the action. 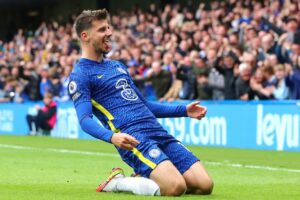 So much to expect from this encounter later today as it could go either way because Chelsea is currently dealing with an injury crisis as the list keeps increasing with Mateo Kovacic ruled out for three games.

In this match, we expect a hard win for the Blues against Newcastle United which you could play “2” as a direct win or include Under 2.5 which is realistic, or Over 2.5 if you are willing to risk that as the goals in the match might be few.