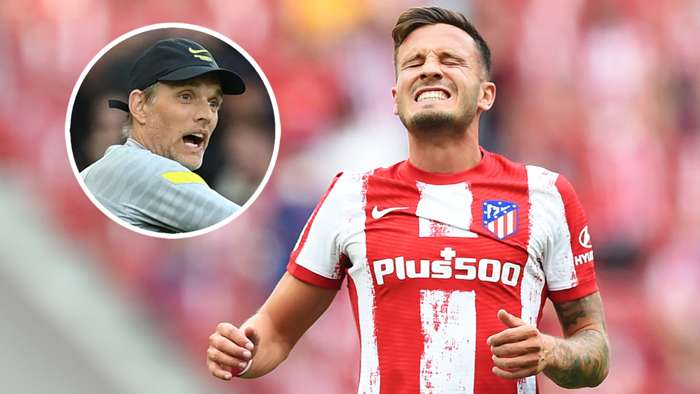 Saul Niguez recently completed his loan move to Chelsea despite the likes of Liverpool and Manchester United making an approach to sign him on a permanent basis this summer.

The Spanish international player is preparing to make his debut for the Blues this weekend after promises were made in the build-up to his deadline-day move to Stamford Bridge from Atletico Madrid.

Chelsea who already have some talented midfielders like Jorginho, NGolo Kante, Mateo Kovacic and now have been boosted with another player with Saul Niguez who will be looking to add more quality to the team.

At around 11am on transfer deadline day, the negotiations which could see Saul Niguez joining Chelsea looked as far away as not happening anytime soon like it was over the summer. 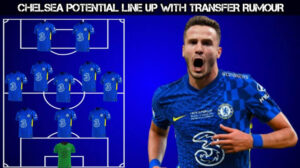 The deal was totally off as many source confirmed that the move won’t be happening as both teams have decided to pull out of negotiations which was tagged as “impossible” with them already moving on.

All of a sudden Saul Niguez was in London as paperworks were already in place confirming his loan signing filed to the English Premier League with just three minutes to spare to the closure of the transfer window.

According To Saul Niguez;

“I thought ‘this is not going to come in and that’s it’. It has been a long afternoon and night,”.

The player spent the day sat in the Stellar agency’s Spanish offices as he told internet celebrity Ibai Llanos during a Twitch conversation following the last minutes move which saw him heading to Stamford Bridge.

“My wife was very nervous. We have had some very complicated days because this decision is not easy. Leaving my home on a new adventure is complicated.”

Saul Niguez time with Atletico Madrid has seen him played in different positions which includes starting as a wing-back, and playing those roles have made him not being able to consistently produce so much for the team.

The move was one which Atletico Madrid manager was not ready to allow happen as he needed a replacement and also they were looking to clear their wage cap which the attacking midfielder is one of their highest paid players.

Manchester United and Liverpool were among the list of clubs looking to sign Saul Niguez, but eventually it was Chelsea who had to win the signature for the Spaniard who is looking to make his way back to the National team.

The influence of Thomas Tuchel proved to be the deciding factor for Saul Niguez who in a call with the Chelsea manager as he outlined his plans to use him solely as a central midfielder. 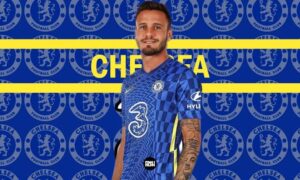 It was the game changer for the move which he was convinced that he will be used in his normal position rather than moving him around the pitch as Simeone has been doing to him in Atletico Madrid.

Fighting for playing position could be hard for the new signing as the Blues already have three solid players who occupy the team midfield, but the quality Saul Niguez brings to the table could see him overshadow his way into the team.