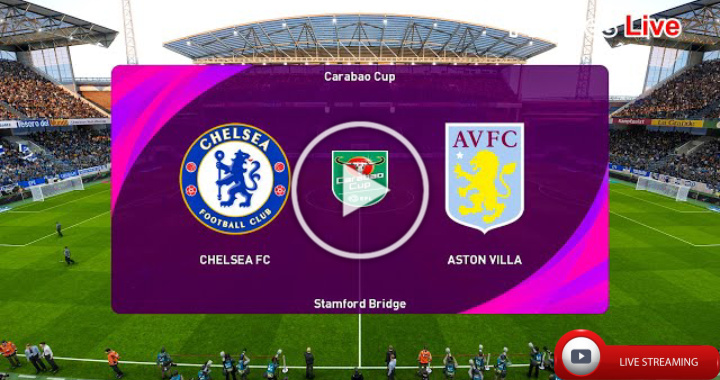 Chelsea Vs Aston Villa Carabao Cup Live stream is set to go down in the next couple of minutes as we will be streaming the match which u can watch on your phone or PC.

Just like the first encounter between the two sides which ended with an easy win for Chelsea in the Premier League, u get to watch their second meeting of the season tonight.

Romelu Lukaku brace the last time was good enough as Thomas Tuchel’s side claimed a 3-0 win which Mateo Kovacic also scored as Saul Niguez made his debut for the Blues.

This game tonight will be another of their meeting and it won’t look like the first as Aston Villa will be looking to use another approach this time that could see them get something good. 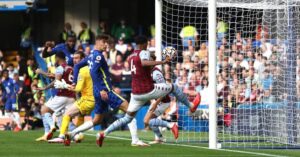 Some few changes are expected to happen as the Blues have another big tie coming up during the weekend which they go on against Manchester City who are the League Champions.

They will be looking to maintain their lead on the English Premier League table which will see them rest some key players ahead of the weekend game coming after this one tonight.

We have seen the players who will be taking on this game tonight as we prepare for kickoff which could be happening anytime soon as the stage is set.

Many fans might be wondering why Thomas Tuchel is going with these selection which isn’t that strong, but with Manchester City coming up, he won’t be looking to burnout his players.

Chelsea Vs Aston Villa Carabao Cup tie will see one team advance into the next round as both Premier League sides are keen on making the move which they stand more chance of winning the title.

Don’t forget to start up the conversation in the comment section as who will be claiming the win here tonight between the two Premier League sides as the game is prepared for kickoff.

It won’t be an easy one here at Stamford Bridge which the Blues will be looking to repeat the same feat earlier which saw them winning 3-0 against Aston Villa who are coming in hot.

The visitors last game saw them thrashing Everton 3-0 as they are beginning to pick form this season after losing their captain Jack Grealish who joined Manchester City.

While Chelsea won their last match against Tottenham 3-0 away from home as Thiago Silva and Antonio Rudiger scored in a match which Romelu Lukaku couldn’t increase his goals for the season.

The players are now getting set to kickoff with them already on the pitch and waiting to get the signal which will see the match carry on as a win is expected to come for the Blues who have the home advantage.

Many things could be said about both teams ahead of this match as they are looking for one thing here which is getting the job done and move on to the next round of the competition. 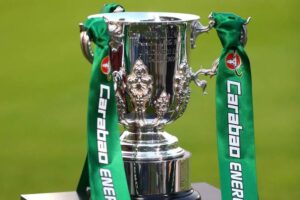 Kindly go down below the post to locate the “STREAM HERE” Button which u can click to start watching the match as kickoff is upon us at Stamford Bridge where it will be played.

Don’t forget to share and drop your comments on who will be going home with a win here tonight and also what you think about the game after halftime whistle which we expect goals.