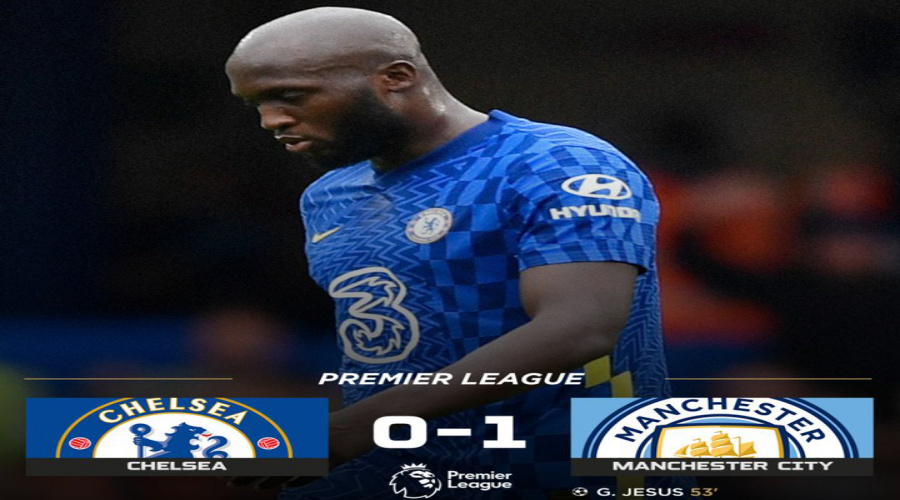 Chelsea suffered their first English Premier League defeat against Man City who escaped with a narrow 0-1 win with the goal scored by Gabriel Jesus in the second half.

An amazing encounter which could have gone either way as it looked evenly balanced and should have seen the home side pulled back into the match if they had been given the goal by Lukaku.

Both sides had it going well in the encounter which was entertaining despite the goals not coming more than the final result we have seen here between the two teams in the Premier League. 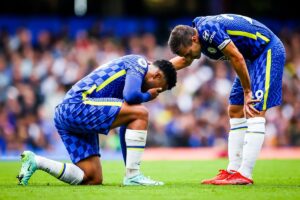 An incredible start to the first half of the encounter saw both teams doing the best they are known for as play was evenly balanced between them in the early minutes of kickoff.

Man City started dominating things as their opponent looked unorganized without finding their footings on the pitch of play as the match continued without any attempts on the goalkeepers.

Things weren’t settled for Chelsea who had to make some changes to their team as they went into the game starting NGolo Kante, Jorginho, and Mateo Kovacic which didn’t look like a good idea.

Nothing could separate them as they were able to do a decent job in defending very hard with a huge presence in both teams attacking lineup which they couldn’t find a breakthrough with few minutes left to play.

The referee ended the first half of the encounter with Chelsea being held to a goalless draw scoreline against Man City in the 45 minutes before they headed for the break in the match.

A beautiful start to the second half saw the Citizens continued with their dominance going forward as they were finally able to make few attempts that weren’t good enough to beat the goalkeeper.

Chelsea was looking good a bit as things were balanced and they started making some dangerous play which almost saw them getting something, but in the end, it was nothing to talk about as it didn’t hit the back of the net.

Gabriel Jesus gave Man City the lead in the 53rd minute after a nice buildup saw players scuffling in the box saw Joao Cancelo delivering the ball for the Brazilian to make the scoreline 0-1 for his side.

Romelu Lukaku scored in the 63rd minute of the game but unfortunately the goal was ruled out as VAR flagged Kai Havertz who was offside in the buildup which led to Thomas Tuchel’s scoring what could have been the equalizer. 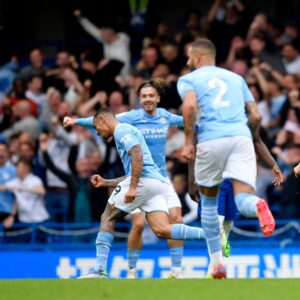 Things weren’t looking as planned for the home side who committed more players forward on a bid to get the leveler which proved difficult to happen as the match was looking farther away from them coming back into it.

Nothing could happen as the match ended with Man City claiming a 0-1 win against Chelsea at Stamford Bridge after a not so good day in office for Thomas Tuchel who was the losing man.