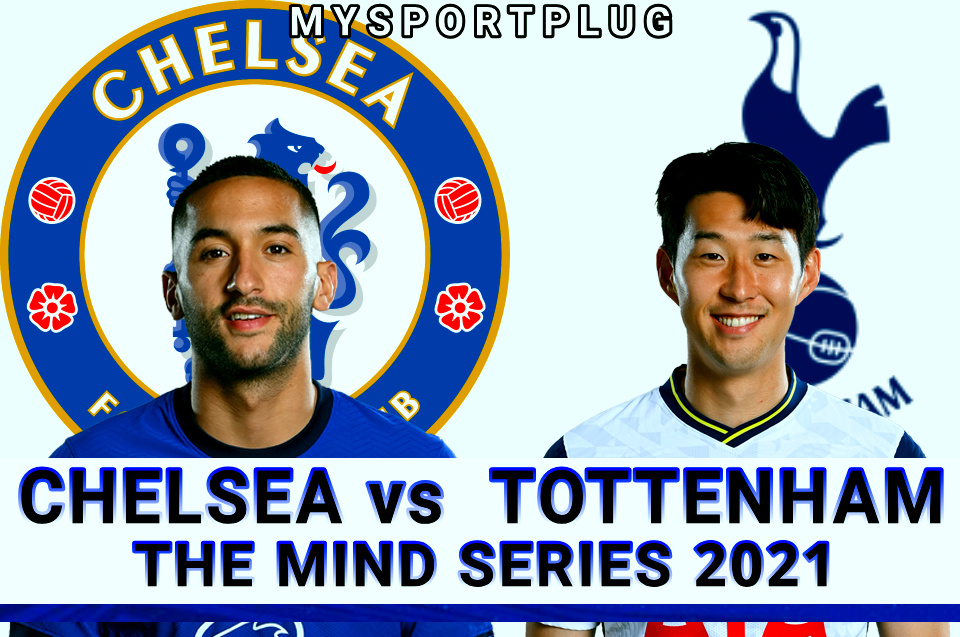 Chelsea Vs Tottenham Preseason is set to go down later today as the two London sides goes against each other in a game meant to create awareness for mental health issues.

Both teams are coming from a victory in their last game as Spurs beat Milton Keynes Dons 3-1 as the Blues beat fellow London side Arsenal 2-1 in a game which Tammy Abraham and Kai Havertz scored.

This game will be an entertaining one that the fans will be getting a chance to watch in the stadium and also at home as various platforms will be streaming the match live which u can watch with us.

The game will be for Charity as they are both playing to create awareness for mental health issues, although the game won’t be one that will be taken likely due to the strong rivalry between the two teams. – Chelsea Vs Tottenham Preseason.

The Mind Series encounter will be seeing both London sides go against each other at Stamford Bridge and so far it hasn’t been a good scene at the Camp of Spurs which captain Harry Kane have refused to report to training camp a few days ago.

For the Blues, they welcomed some key players back to camp with the likes of Jorginho, Thiago Silva, Reece James, Mason Mount, Ben Chilwell, and Emerson amongst others who went to represent their Countries.

Thomas Tuchel now has a full house with every player back in training and he might be selecting a few of them to start the game as they will be looking to give them playing time as they prepare for the new season.

This is the expected lineup ahead of the game as Thomas Tuchel might also be looking to make early changes before kickoff as he might be considering starting some while bringing others in for the second half.

As Chelsea Vs Tottenham Preseason is about to go on, there are different transfer news making headlines as the Blues are currently after Inter Milan striker Romelu Lukaku that once played for the Chels.

Chelsea has seen their €100 million-plus Marcos Alonso bid rejected by Inter Milan as they are not ready to allow him to leave despite them offering Lukuku a €15 million per year wages which is an increase to his €7M with the Italian side.

This means they have to either make a crazy bid like they are suppose to do for Erling Haaland or carry on without signing a striker with Tammy Abraham and Armando Broja ready to help the team ahead of the new season.

The Mind Series encounter will be played at Stamford Bridge which is the home of Chelsea and the game will be going on later in the day. – Chelsea Vs Tottenham Preseason.

19:45 UK time while 8:45 PM Nigerian time and also don’t forget you can catch the game live on our website, just make sure you subscribe to our notification so you can get notified when we share a new post.