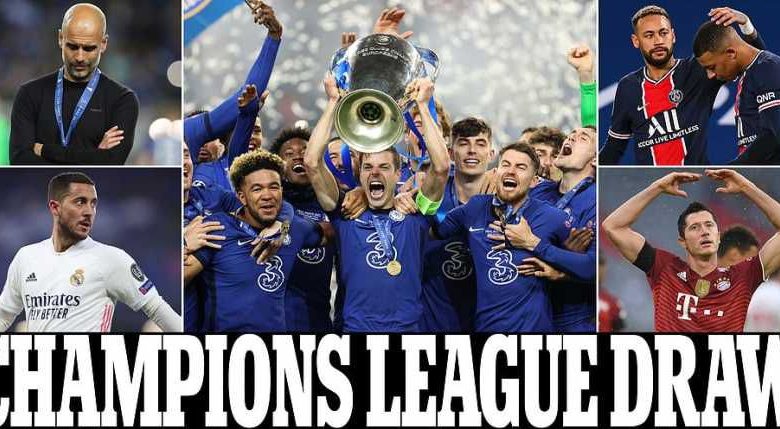 Chelsea has been drawn against Juventus as they will be kicking off their Uefa Champions League title defense against the best in Europe which will see Thomas Tuchel looking to make it back to back.

The draws for the UEFA Champions League 2021-2022 groups stages have been made and all teams have known their opponent which they will be going up against when it kicks off with the winner looking to defend their crown.

It wasn’t an easy run for Chelsea last season where they beat Manchester City 1-0 in the final to claim the title for the second time in their history after the 2012 triumph with the likes of Drogba, Lampard, and John Terry as players.

The run for last season saw Frank Lampard helping the team through the group stages which they did perfectly before he was sacked in January with them drawn against Atletico Madrid for the next round of the competition.

Thomas Tuchel came in and saw them through by winning the Uefa Champions League with a team Frank Lampard built, and this time they will need to defend it or go with nothing which always seems to be the problem for most winners.

It won’t be an easy one as every team playing against the Blues the season will be going all out to ensure they grab a win and lower the confidence of the Champions who are looking to defend their title.

Other Premier League teams have also know their opponent with Manchester United finally making a return back to the bigger stages where they have missed out, while Tottenham dropped out of the top 4 which was theirs formerly.

All representatives from England are solid and there is confidence in them all making it out of the group stages into the next round which could see two English teams play against each other as we have always witnessed in most time.

With all teams knowing their opponents, it is left for the battles to go on as every top team who won their League respectively will be given an equal chance of winning the title mostly from the top 3 major Leagues in Europe.

Chelsea is not left out of being one of the favorites who could be lifting the title once again with them already building a formidable team no one wants to play against which was the exact words from Thomas Tuchel when he was made new manager.

The top 2 from each group advances into the knockout phase while third place moves to the Europa League where they also stand a chance of playing European football for the season for a chance of winning silverware for the second grade of the tournament.

This season will be exciting as another competition is being introduced, which is the Uefa Conference League that will be the third tier of the European club competition that will be played by teams who didn’t make the top two tournaments.

You can let us know in the comment section who are you tipping to make the knockout phase of the competition and do you also see Chelsea winning the title this season after claiming it in the last Campaign.

Edouard Mendy – Goalkeeper Of The Season

Ruben Dais – Defender Of The Season

NGolo Kante – Midfielder Of The Season

Erling Haaland – Striker Of The Season

Thomas Tuchel – Manager Of The Season

Jorginho – Player Of The Season