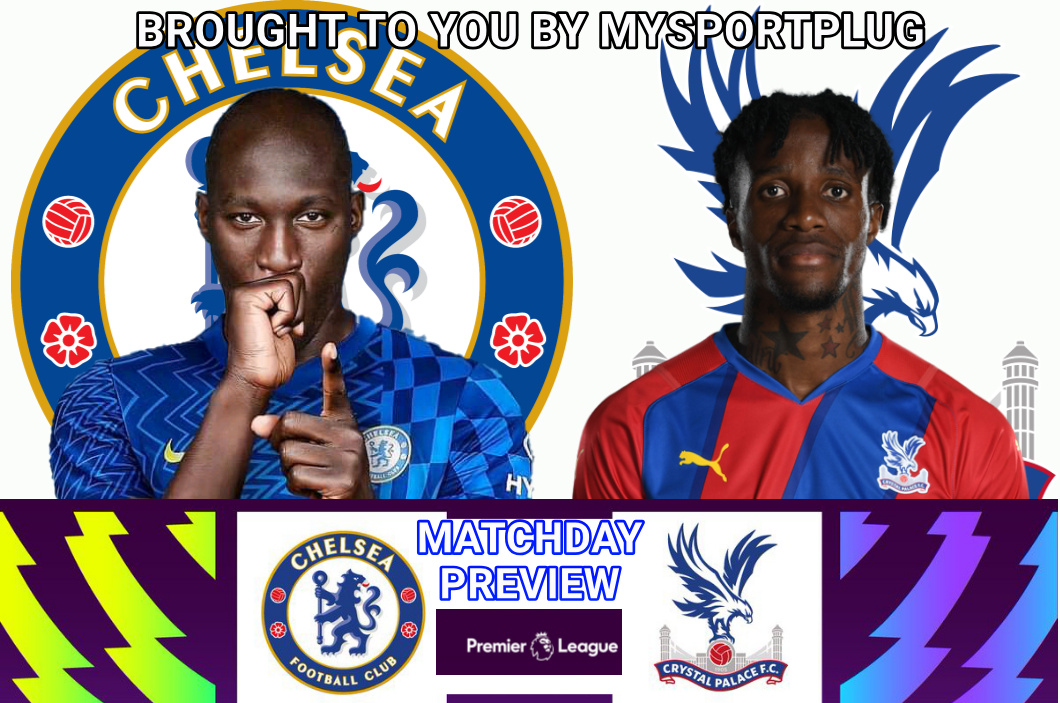 Chelsea Vs Crystal Palace Premier League game matchday one will be kicking off later today as the two London teams will be hoping to start their campaign for this season with three points.

Both Clubs are making a fresh start to this season as Thomas Tuchel’s side is coming from their Uefa Super Cup win against Villarreal while Patrick Viera will be making his debut as the Eagles manager after making his move to EPL.

Last season wasn’t so bad for both sides as Chelsea won the Uefa Champions League and lost the FA Cup final against Leicester City while Crystal Palace survived relegation and did get some crucial winnings from big teams in the process.

The Premier League have kicked off already with Brentford recording a shocking victory against Mikel Artata Arsenal who were well beaten 2-0 as they continue with their bad form which they carried from preseason.

Chelsea Vs Crystal Palace will be another game as we have seen the season officially began, and this London rivalry will be another big encounter which will be going down later today with a huge history between them to the buildup of this one.

Last season Chelsea beat Crystal Palace home and away with a 4-0 and 4-1 result respectively, last time the Eagles won against the Blues was way back in 2017 which they claimed a home and away victory 2-1 back to back.

This game favors Thomas Tuchel’s side to get all three points, although their opponent have a new manager who is young and full of experience which will help as it will be a different approach from how they played from last season.

Thomas Tuchel might be considering some changes after the team played against Villarreal few days ago in the Uefa Super Cup which they won via penalties that Kepa Arrizabalaga had to make two good saves.

This are the expected lineup for the game and for people wondering about Romelu Lukaku playing, he won’t be playing due to many reasons which include him getting to train and mostly he hasn’t been given a number yet as the club release squad numbers for the season.

The match which will be going down late in the afternoon is set to go down at Stamford Bridge with fans allowed to come and watch following the clear order to allow them back into the Stadiums after the coronavirus pandemic.

15:00 UK and 3:00 PM Nigerian Time, you can also check for your local time where you will be watching from as the game will be brought live to you here on your devices so u won’t miss the action which will go down later today.

For the fans who are looking to stake on this match which will be played later today, you can be sure to put your money on Chelsea who have more advantage to get an easy win against Crystal Palace as they beat them mercilessly last season home and away.

On the other hand, if you want to play a safe bet you can kindly give it 1X and over 1.5 which could bring a small odds, or probably make it 1 and over 2.5 which is also another option to try out and hopefully you get to laugh to the bank.