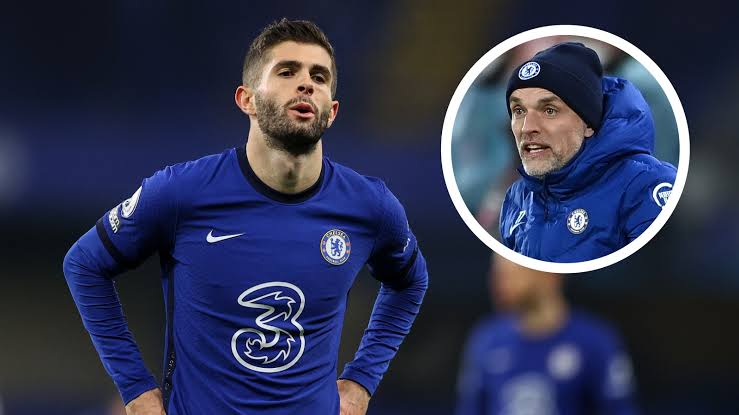 Thomas Tuchel has given an update ahead of Arsenal game as Christian Pulisic won’t be taking part after confirmed case of coronavirus.

The manager confirmed the latest update through his press conference which was held today alongside new signing Romelu Lukaku making an appearance.

Christian Pulisic is currently on self isolation after testing positive which will see him be missing out for a period of time and few games pending how quick he recovers.

And the United States international set to sit out the Blues’ derby date with Arsenal as a result.

Tuchel has told reporters: “Christian is easy to explain, he had a positive test [for Covid]. He is not training or available for the game.”

However, the player will not be playing the next game with his teammates as the result of that.

The Blues will be going up against Arsenal on Sunday in a London Derby which will see both teams face off against each other once again.

The American won’t be taking part in their second game after Thomas Tuchel confirmed he is currently out due to Coronavirus.

The Blues have to do without him for some games as he will also need time before he can make his way into the team after seating out due to being affected by the virus.