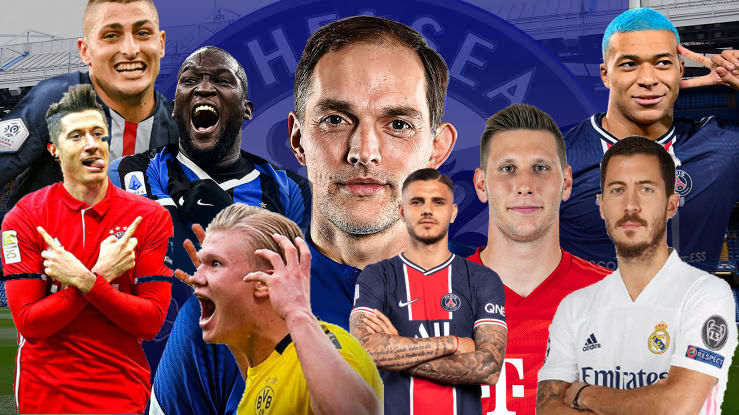 Chelsea is still very much in the market for a striker before the transfer window closes and they will be making a signing before the shutdown.

The Blues still want highly rated €80 million strikers despite talks of Erling Haaland making a move from Borussia Dortmund which is about €150 million that is currently proving difficult to get this summer.

Chelsea is still looking at other options which could see them making a move for an €80 million strikers who has also proven to be a good goalscorer as he already showed what quality he is made off last season.

With Talks of Erling Haaland to Chelsea this summer which is now looking like a deal that won’t be happening, the Blues will be looking to go for an alternative which will be a familiar face that once played for them.

It is reported that Chelsea won’t mind dropping out of Erling Haaland move since it now looking more impossible as the day goes by with Borussia Dortmund not ready to sanction any move after Jadon Sancho departure.

Blues still keen in Inter Milan striker who is currently also being put out of the market by Italian club who recently brought in a new manager who is eager to work with him ahead of the new season.

Chelsea have not given up on bringing Romelu Lukaku back to Stamford Bridge, according to reports coming from The Athletic as the Blues are still much in the race and will be looking to make a negotiations with them if they can’t Erling Haaland.

The Belgium international striker, who struggled to make an impact during a previous stint in west London, is currently a talismanic figure at Serie A champions Inter Milan who won the League title last season with him scoring lots of goals.

Nothing is impossible right now with the Blues now desperate to bring in a striker with the new season fast approaching and preseason coming to an end in the coming days and week.