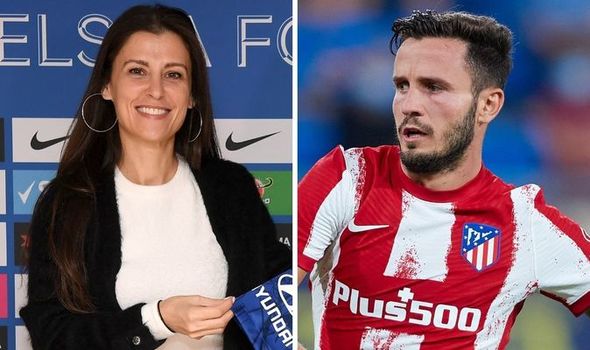 Chelsea will be looking to complete a move for Atletico Madrid midfielder Saul Niguez after he was being offered to the Champions League winners amid transfer speculations.

The player is currently being linked with a move to another English Premier League side which includes the likes of Manchester United and Liverpool who are both looking to sign him this summer transfer window.

Saul Niguez could be heading to Chelsea before the summer window closes with reports of him being offered to the Blues by Atletico Madrid who will be hoping he can complete a move there before the transfer door shut down in few days.

The 26-year-old could be available on a temporary deal for a sizeable loan fee which could be an option being of more interest for the Blues who needs an extra midfielder to add to their current squad.

Thomas Tuchel was eager to see the club make a move for another midfielder as he will be letting go of many midfielders and Saul Niguez is the perfect candidate they need and won’t be costing them much as it will be a loan move.

Atletico Madrid have a good relationship with Chelsea and they are currently looking to free up some space on their wages to help fund a move for Hertha Berlin star Matheus Cunha which is now official after they reached an agreement for €30 million.

The midfielder have been previously linked with a move to Stamford Bridge which didn’t work out as an agreement wasn’t reached despite reports of them showing strong interest in signing him that summer window.

With the likes of Ross Barkley, Bakayoko, Reben Loftus-Cheek and more names on their way out on loan while others will be making a permanent move away from the club as they won’t be in the plans of the manager who want everything done before window closes.

Chelsea could be pushing for a loan move according to reports coming from GOAL.COM with Thomas Tuchel needing to add more quality which will give his squad more depth with a busy schedule set to hit them this season.

The Blues will be taking part in the FIFA Club World Cup which could hit them hard with their English Premier League schedule which will be seeing them possibly splitting the team as they won’t have much time to train and rest.

A new signing in the midfield will be much appreciated with also another move currently being worked on as talks with Sevilla for Jules Kounde is still on the table and could happen before the widow close.