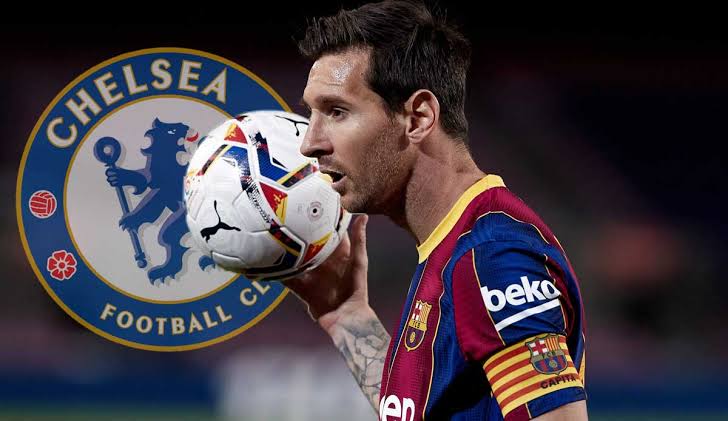 Chelsea have made contact with Lionel Messi representatives concerning a move this summer amid talks already going on with Paris Saint Germain who are already in advance stages for a move.

The approach might be coming too late from the English Premier League side as talks with Paris Saint Germain are already in advance stages and anything likely to happen in the coming days as the Blues are in the race now.

Chelsea will be attempting to see if they can lure Lionel Messi to England after he confirmed his departure from Barcelona which happened yesterday as a new contract couldn’t be given to him after verbal agreement with the club weeks ago.

The Argentine and Barcelona couldn’t complete the registration of the forward new contract which was due to laliga Financial fair play that wont make them increase their salary cap which they already exceeded with new players coming in.

The situation led to Lionel Messi calling it quit with Barcelona and is now set to make a move with Paris Saint Germain already in talks with him and are also confident they will come to an agreement in the coming days for the Argentine.

Paris Saint Germain are currently in advance talks already which means they are in direct contact for a move, although Chelsea are now in the race after making contact with Leo’s representatives concerning an agreement.

The Blues were earlier looking to complete a move for Romelu Lukaku who they are preparing another bid after €100 million plus Marcos Alonso was turned down by Inter Milan and reports confirmed a new bid is being prepare by the club.

Chelsea are now looking if they could get Lionel Messi, which they won’t be spending on transfer fee as he is already a free agent, but they have to meet up with his huge wages which is the only thing standing between them and a deal.

According to football expert Tancredi Palmeri, he confirmed the latest developments that could be an already late attempt by the Premier League side are now in the race after making contact with the forward representatives concerning a move.

No guarantees that Chelsea could get him as Paris Saint Germain already have the connections which is being pushed by Neymar who is a close friend as anything could be happening in the coming days about a deal being agreed.