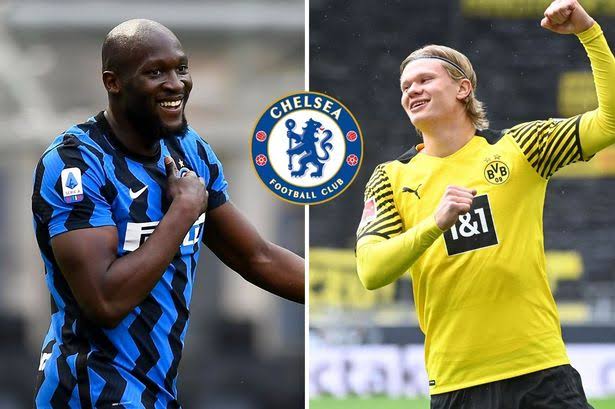 Chelsea now want to push for €110 million transfer fee for Romelu Lukaku who personal terms are already set with Inter Milan now being the final stop for the deal to happen in days.

Chelsea have seen a bid which include €100 million for the striker rejected earlier in the week and now they are working hard on making another offer which will be around the region of €110M in the coming days.

Romelu Lukaku move to Stamford Bridge could be finalized in the coming days as both clubs are currently still in contact concerning a move, although the second bid is yet to be made official but talks are still going on about the deal.

Chelsea were all about Erling Haaland as their main priority this summer window, but after talks and bid they have abandoned the move due to it being too difficult to pull off with Borussia Dortmund asking too much money.

Borussia Dortmund were holding out on something crazy as they will only allow the player leave on €175 million transfer fee which is something impossible to happen as the Norwegian also came out to address the fee as too much for one player.

Chelsea have now returned back to Romelu Lukaku who personal terms have already been agreed as they are pushing for transfer fee of €110 million which could be made official soon in the coming days amid talks still ongoing for a move.

According to football journalist Fabrizio Romano, he confirmed a deal is still on the table and could be finalized in the coming days as Chelsea are doing everything possible to make sure an agreement is reached in days to come.

Read All Fabrizio Romano Said Below:

“Chelsea are now pushing to sign Lukaku and complete the deal as soon as possible. Romelu Lukaku’s open to accept personal terms of €12 million net per season as salary [Plus add ons] if Chelsea and Inter will agree on a fee/details.

New official bid coming soon, fee expected to be more than €110 million as Inter turned down their opening proposal of €100M plus Marcos Alonso.

Chelsea are progressing in talks and hope to sign Lukaku in the next days as Erling Haaland deal is considered to be “Too Difficult” Borussia Dortmund are not accepting less than €175 million.

Inter Milan are already looking for a replacement which could see them go for Atalanta Zapata while Tammy Abraham could be moving to Italy as the Serie side are ready to pay €40 million for the England International.