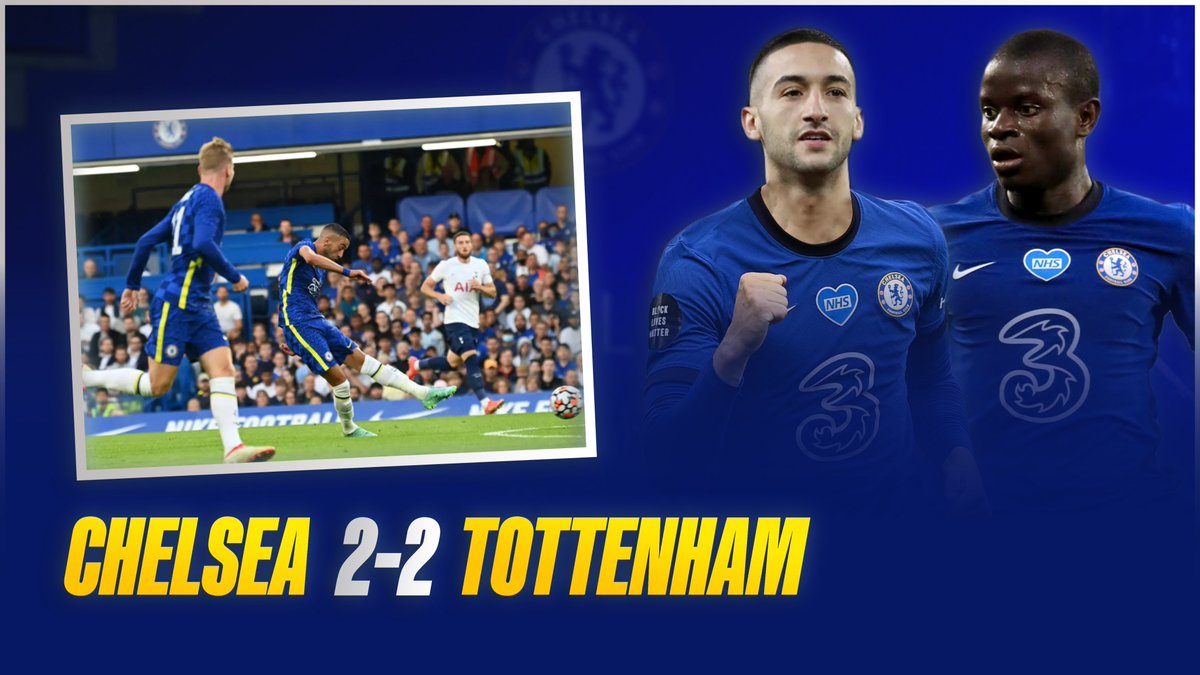 Chelsea and Tottenham played out a 2-2 draw in The Mind Series 2021 Preseason friendly match which saw Hakim Ziyech scored a brace with Spurs pulling back later in the game.

It was an amazing game between the two London sides who had an equal fair amount of opportunities as they also scored two goals each in the preseason friendly encounter meant to create awareness for Mental Health.

The first half of the encounter saw some good display from both teams as the Blues and also Spurs who came out the making things happen for themselves despite the nature of the match being a friendly.

Chelsea kicked off the game as the better side which it took them just 16 minutes to get the opener which came through Hakim Ziyech to make it 1-0, that came after a great tackle from NGolo Kante which the Moroccan picked off and scored a beauty.

Tottenham weren’t that good in everything but also did make something happen as they trouble their opponent going forward, but couldn’t get the opportunity to break down the solid wall of Blue which was very Impressive.

More in the first 45 minutes of the game as it progressed with more opportunities coming from the two sides but none could be converted as the game entered into the last stages of play which nothing was recorded.

The first half finally came to an end with Chelsea 1-0 Tottenham which saw the two London sides heading for the break with the Blues coming out with an advantage over their neighbors who did well enough.

The second half started with Hakim Ziyech getting his brace in the 49th minute against Tottenham after scoring another outstanding goal which made the scoreline 2-0 after another fantastic play from Thomas Tuchel’s team.

Tottenham pushed back with full force until they pulled one goal back in the 56th minute which came through a stunner from Lucas Moura who made things turned 2-1, thanks to an amazing finishing from the Brazilian.

More coming from Spurs who gained control of the game and dominated things as Steven Bergwijn scored another goal in the 70th minute which made things leveled 2-2 as the Blues were left shocked with everything going on.

The match finished with Chelsea 2-2 Tottenham as they both settled for a healthy draw in the Preseason-friendly encounter which was very entertaining and competitive between the two rivals in Premier League.

See Highlight Of Game Below: