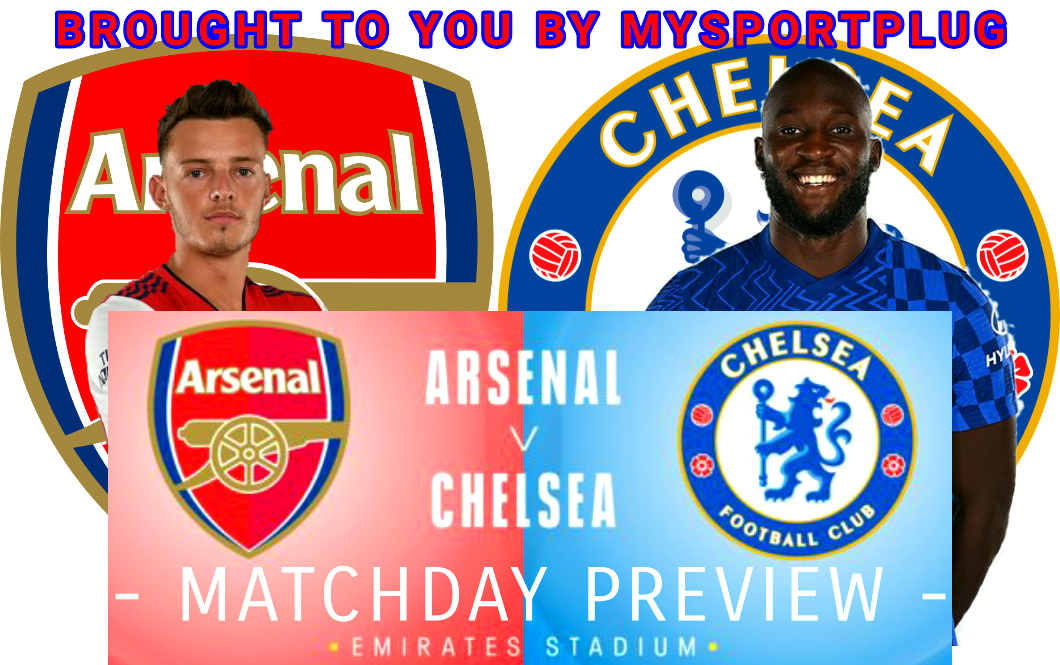 It’s a London Derby between two of the biggest club in the English Premier League as Arsenal Vs Chelsea will be going down later on today with everything to play for between them.

An entertaining game that we will be witnessing later today as the two neighbors will be going up against each other with all bragging rights as to who is the best and biggest in London, England when it comes to beating each other.

The last time both teams met it ended with the Gunners claiming a slim 0-1 victory at Stamford Bridge which the first leg at the Emirates ended with a massive 3-1 win for Arsenal against a Chelsea side handled by Frank Lampard.

The two Londoners opened their Premier League campaign for 2021/2022 last week as Arsenal lost 2-0 against newcomers Brentford, in a game which saw them unable to show improvement from their poor finishing last season.

While Chelsea claimed a massive 3-0 victory against Crystal Palace as Academy graduate Trevoh Chalobah marked his debut with a stunning goal from long range as Christian Pulisic and Marcos Alonso added their names on the scoresheet.

Both teams will be hoping to get a win later today as the odds are not counting the Gunners out after beating the Blues home and away last season despite the Champions League winners finishing strong at the end of the campaign.

Both teams have been busy in the transfer market this summer as they have been able to bring in new faces into the team while the Gunners did more of the buying and the Blues did more selling of their players which saw Tammy Abraham also leaving.

So far Chelsea managed to make one major signing which was Romelu Lukaku making his return after being bought from Inter Milan for over €115 million which he will be making his debut later today in the encounter.

Arsenal has brought in some few players who saw them spending over €130 million with names like Aaron Ramsdale, Sambi Lokonga, Martin Odeegard, and Tavares who all joined them this summer with more likely to follow up.

Arsenal Vs Chelsea is the biggest game to happen in the English Premier League week two which has seen some drama coming from the home side who are struggling to sell tickets to their fans ahead of the game.

Thomas Tuchel has already confirmed that he will be doing some shaking off in the starting lineup against Arsenal, with Romelu Lukaku likely to make his debut later today as Christian Pulisic is confirmed to be out of this encounter.

These are the expected lineup that will be made today unless some last minutes are tightening up to do by the manager due to players’ game fitness or going another direction against the Gunners who are also coming out good.

Arsenal Vs Chelsea will be a late afternoon kickoff at the Emirates by 16:30 UK while 4:30 PM Nigerian time as the London Derby will be streamed live here with many fans going to watch from their home and in the Stadium.

With the season just starting it is still not sure what to expect from the two teams as Arsenal lost their first game while Chelsea won with a big margin, with all that said we should give it to the Blues who could win the match.

This is our take on people looking to stake their betting on this game, you can either place it 1/2 anybody can win, or go with a direct win for Chelsea, if you want to be on the safe side kindly book the game 2X under 2.5.