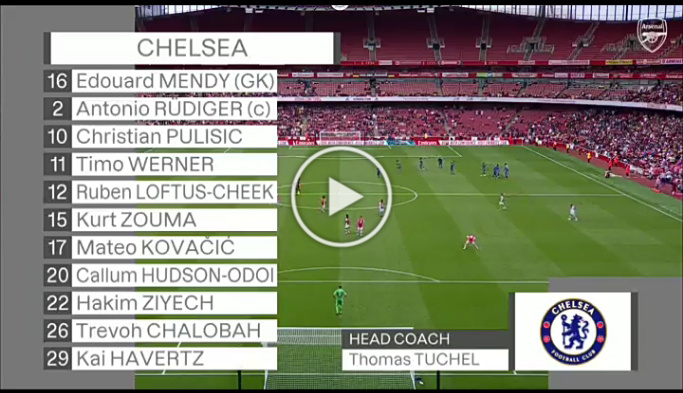 It’s another preseason game day in which we will be seeing Arsenal Vs Chelsea Live take on each other in a game that is to care about awareness for mental health amongst people.

The London sides will be going up against each other in an interesting encounter which is a friendly game, but the rivalry between them will see the match turning into a competition as usual.

The Blues have had an amazing ride so far as they beat Peterborough 6-1 with Hakim Ziyech getting a hat trick while Armando Broja and Tammy Abraham also found the back of the net.

Their next game that should be against Drogheda was cancelled due to coronavirus case that was confirmed in the camp of their opponent which led to the match not holding that day.

Although the Blues had to play against each other before they next up played against Bournemouth which ended in a 1-2 result which saw Armando Broja and Ok Ugbo scoring after the London side went down.

As for Arsenal they have been having it good and bad which saw them lost their first preseason game disastrously but since then they have managed to bounced back and produced some good results.

This game Arsenal Vs Chelsea Live is both sides biggest game in the preseason and so far so good it been a good rivalry between the two London clubs who have history playing against themselves.

With the lineup already out, we know what next to expect from these two teams who will be looking to grab a win in the game to claim bragging rights as the best club in London.

Arsenal Vs Chelsea Live is about to kick off with players already making their way out into the pitch of play as they will be going hard against each other in this preseason encounter.