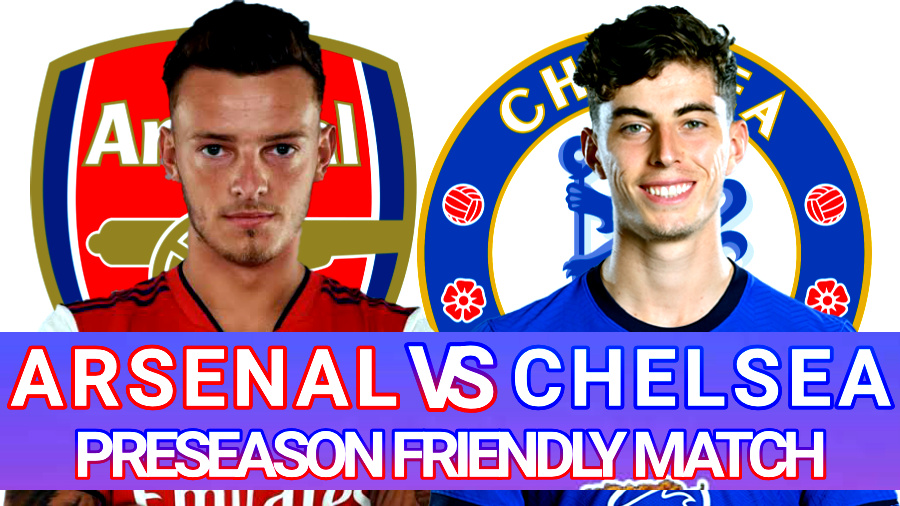 Arsenal Vs Chelsea Preseason match is set to go down later today as they both will be looking to grab a win as they prepare ahead of the new season fast approaching.

The Blues are coming from a good win against Bournemouth which they came from behind with goals coming from Armando Broja and Ugbo who scored in the second half of the game after the Blues went down.

It has been a rivalry between the two London sides which have to see the Gunners getting the better of them in their last two meetings which they won both by a 3-1 and 1-0 result in the Premier League last season.

Arsenal Vs Chelsea Preseason game is about Charity with awareness being created for mental health and part of the proceeds from the encounter will be going to support charitable causes at Mind and the Chelsea Foundation.

With that aside, it will be an amazing game with both sides not looking to lose the game as the Blues will next up play against Tottenham and another London neighborhood West Ham United as their last game.

A 6-1 win against Peterborough and a 2-1 win against Bournemouth which included a canceled game against Drogheda have seen the Blues looking great and sharp mostly with more player returning to camp.

Thomas Tuchel might be finally unleashing the bigger boys and his usual formation as he will be looking to make them all get a feel of the action against a very good side in their preseason.

Some changes could be done to the team before kickoff as Thomas Tuchel have to give some of the players a chance to prove themselves before the season start as some will be sold or loaned out.

The latest news coming from the Blues Camp is about Jules Kounde deal that is currently being discussed as a move is possible to happen this summer despite the €80 million price tag placed on the defender.

Chelsea are looking to include Kurt Zouma in the deal which have seen them table an extra €30 million for them to get the Sevilla defender who is interested in making the move as Champions League football is his target.

Person terms have already been agreed between the player and the London club and the only thing left is to reach an agreement with Sevilla who want €80 million but are also interested in Zouma.

The match will be played during the afternoon as Arsenal Vs Chelsea Preseason will be another big friendly game the fans will be there to watch and support their respective teams.

15:00 Uk Time and 3:00 PM Nigerian time and don’t forget to check our latest post as we will be streaming the match live from our website with the aim of bringing the game to everyone.