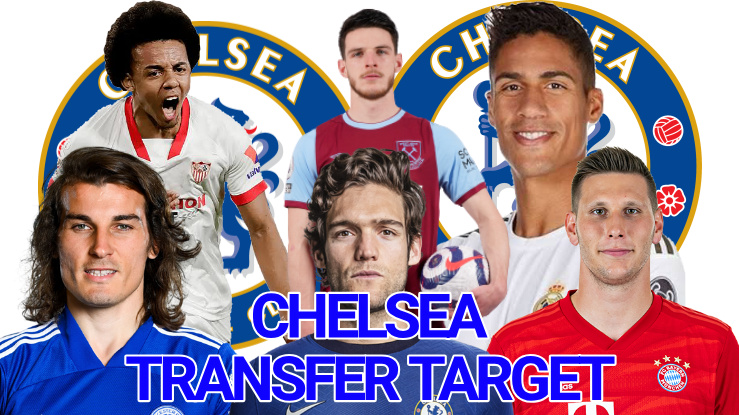 Chelsea have now decided to focus on getting another defender as their bid for Achraf Hakimi failed with Paris Saint Germain getting the wing back from Inter Milan.

The Blues couldn’t reach an agreement for the Moroccan who have decide to head to France instead of making a move to England ahead of next season.

Jules Kounde is now the main target for Chelsea who are set to hijack deal from Real Madrid and Manchester United who are also said to be interested in signing him.

Sevilla have also made it know that they won’t be selling the player for anything less than £69 million this summer, but with a player swap and discussion, they could get him for less price.

Chelsea are not the only side as they will have to go up against Manchester United who have been linked with Jules Kounde for a long period as both teams will be hoping to strike a deal ahead of Real Madrid.

According to reports from the Mirror, they are reporting that Chelsea ‘want’ to sign French international Jules Kounde from Seville this summer in a bid to strengthen their already impressive backline ahead of next season.

Jules Kounde started for France against Portugal in the final Euro 2020 group match and is also wanted by Real Madrid new manager Carlo Ancelotti who was recently appointed.

The 22-year-old will not come cheap though, with a fee in the region of £69m being touted for the Seville star who they might be hoping to cash out big on him with his high demands from last summer.

Chelsea are also looking at making a move for a number 9 this summer with players like Erling Haaland, Romelu Lukaku, Alexander Isak and Tottenham striker Harry Kane, who are all strongly linked with a big money move this window.