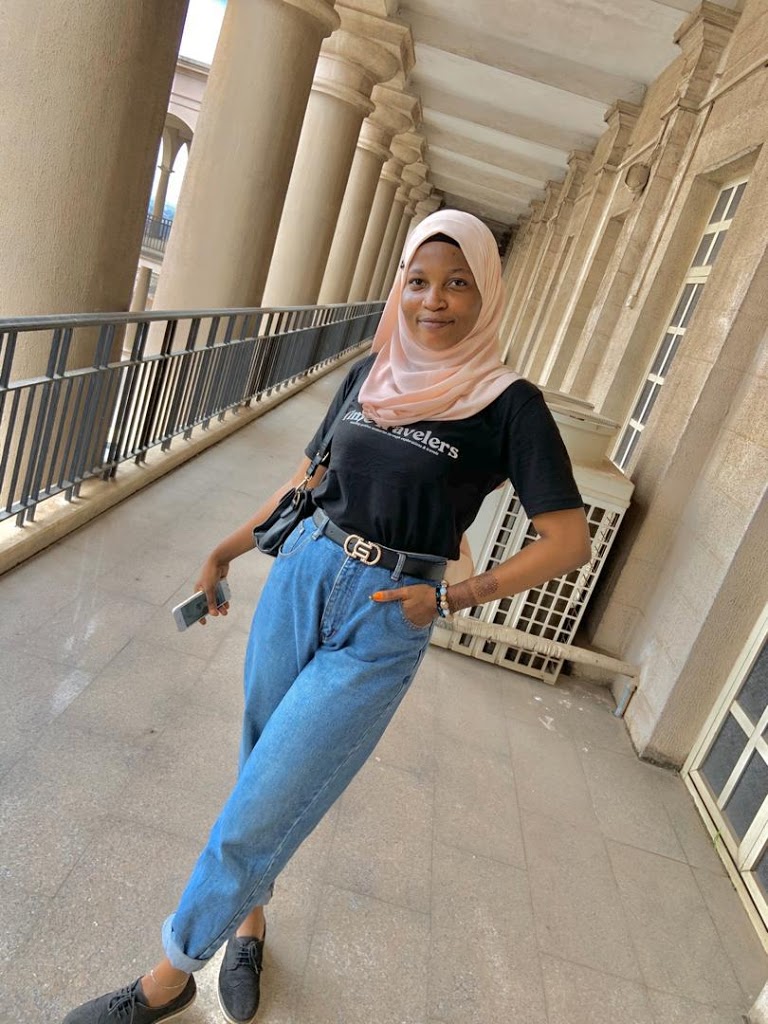 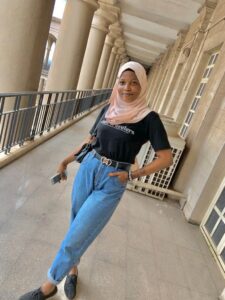 The most Anticipated ibadan tour finally came,  and I must confess, I had all the fun I was fantasizing about.

I toured the largest city in West Africa with 50 tour lovers who had the same expectation as me .  Just imagine the kind of fun people with shared ideals always have. We had fun in its entirety yesterday.

Kudos to the excellent team at Time Travelers team for setting up a platform that helps people to  create golden memories through travels and explorations. 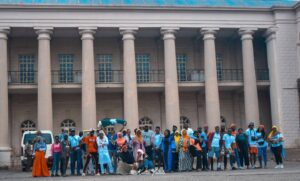 One of the places we visited yesterday was Mapo Hall. As usual,  I will be giving you the full gist about Mapo Hall and its history.

According to the tour guide, Ilorin, Edo, Delta, Ibadan and other places came pooled resources together to build the then “Gbongan Ile Asa Titun”, now popularly known as Mapo Hall.

It was designed and constructed by Engineer Robert Jones . The foundatin stone was laid by Captain W.A Ross CMG in the year 1925 and was launched by Sir Graeme Thomson (GCMG,  KCB) in the reign of Alaafin Shiyanbola Oladigbolu and Oyewole, the Baale of Ibadan in June year 1929. Note that as at then, there was no Obaship in the old Ibadan Land, that is why Baale Oyewole was not referred to as Olubadan, ile Ibadan. 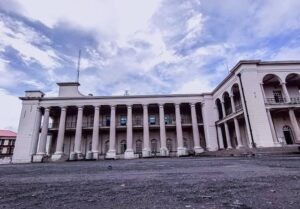 Mapo Hall was built on a piece of land measuring 5,969 acres. And Labour was provided by natives (mostly tax Defaulters and other slaves). As at that time, the construction cost up to £24,000.

Mapo hall was where the first parliamentary seating of the Old Western State was held. The idea was suggested by the High Commissioner and the Yoruba leaders and it  was accepted by the Government then. The hall has played host to major politicial, social, and cultural  events in the Ancient city of Brown roofs.

Between the year of 1904-1970, anyone who wants to be a king in Edo, Delta and Ondo states had to be crowned at the majestic Mapo Hall. Furthermore, all Yoruba Kings has to be at the Mapo hall for coronation and according to some legendary folklore, such ritual is still carried out till date. 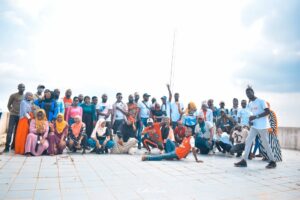 Mapo Hall used to be the major cultural tool in the olden days. Most theatre Legends like Duro Ladipo and others in their days make use of Mapo Hall for their exhibitions before going for their performance. Also, the major song in the Yoruba parlance as at then  were (now the popular Fuji music),  rara and Apala  which were dominated by Haruna Ishola, Yusuf Olatunji, Odolaye Aremu and then Ayinla Omowura amongst others. All these music greats have at least once graced the famous Mapo Hall to thrill the high and mighty then.

In fact during its hey days, any influential person who hasn’t graced or visited the Super Mapo Hall doesnt amount to a significant thing in the whole Nigeria. It was that glorious!

In 1979, the legendary Duro Ladipo acted the role of Sango (god of thunder) at Festac as approved by General Olusegun Obasanjo, the rehearsal for the performance was done at the Mapo Hall for significant days. It was a source of pride to say “Moti de Gbongan ASA titun Ile Yoruba”

Also, Mapo Hall served as the place where tax defaulters were punished before the uprising of the Agbekoyas. There was a song the tour guide sang about the whole thing and it made more sense. Truly, if we don’t go out, we will never appreciate the beauty of Nigeria’s culture and the pains our forebears went through for us to have this moment. For the tax defaulters, they are always made to sit at the highest part of Mapo Hall from morning till night inside sun and rain as the case may be.

The Ancient Olubadan Palace is adjacent the Mapo Hall and the first King to live there after it was built in 1979 was Oba Oloyede Asanke. However, the king didn’t stay more than a year in the palace before packing out.

History has it that an attempt was made on the King’s life at midnight and it was a very serious situation as at that period. Till date, no king has ever slept in the palace and in fact, it is now being used by local government workers.

Cocoa house, one of the earliest storey building in Nigeria

Premier hotel which is incidentally the first in Oyo

The first church in Ibadan is at Kudeti around Mapo

Also, you can see the sprawling mansion of the erstwhile strongman of Oyo politics, Chief Adelabu (Alaafin Malete).

We visited Bower’s Tower too but I made a documentation about It last year,  click on the link bellow to read more about Bower’s Tower. 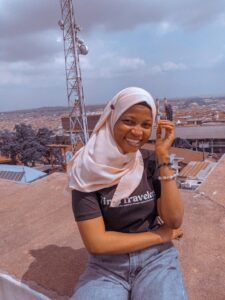 Thank you for reading my blog post always,  with love from Sanni Oluwatosin Rodiat (Ajoke onifaari).

2 thoughts on “The Onifaari Series 25: A visit to Mapo Hall”