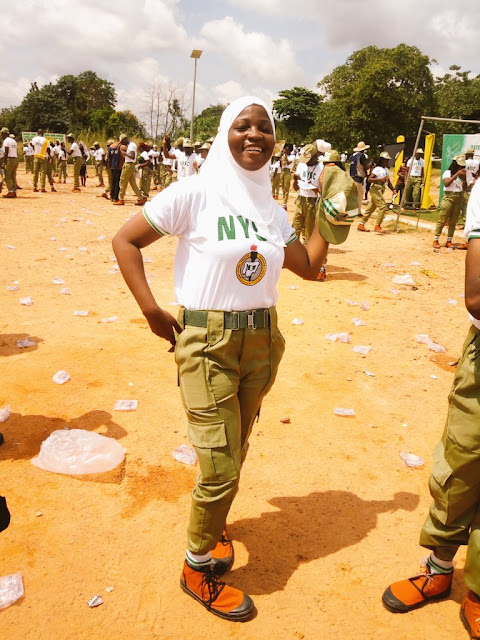 Ebonyi is a state in the southeastern part of Nigeria, and it was founded in 1996. Abakaliki is its biggest city and double as the state capital. Other major towns in Ebonyi include Afikpo, Unwana, Onueke, Edda, Onicha, etc.
The cardinal point for establishing the National Youth Service Corps is to promote national integration, foster peace, and improve the strained
relationship that came about from the civil war.
Other cardinal points are as follows:
As explained in the last blog post, we got to the McGregor secondary school, Afikpo, the venue of the Ebonyi Orientation camp around 2 am.
We gained access to the venue after a thorough check by the security men at the gate. We provided our call up letters and other useful information to them before we were allowed in.
After we arrived at the venue, hostels were allocated to us, and I was fixed into hostel F6, room 1. I proceeded to the kits room to get a bed also.
After settling down for some minutes, I discovered it was morning already. I couldn’t have enough rest after the long and strenuous journey, and morning came early too. Sigh!!!!!! 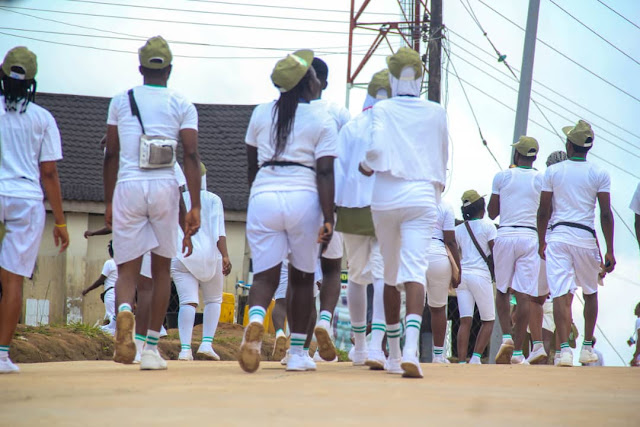 We were all hassled to the parade ground irrespective of the clothes we were putting on for the day’s activities. I want to serve my father’s country, and now, I am tired even before we have started.
After the morning parade, we moved to the registration venue, where we formed a queue.
After some hours of patient waiting, it got to my turn, and I sorted my registration and documentation within a twinkle.
The registration process was in three stages before one can get a state code number.
I also got my meal ticket, which incidentally is probably the most important of the whole registration. Don’t call me a foodie!! We all love to eat, ehn ehen.
I was part of Platoon 1 because 1 was the last number on my state code. Figured it worked out that way.
My platoon officials are as follows:
Platoon officer : Barrister Ngwoke Nwokoro
Assistant Platoon Officer:Ijeoma Nwankwo
Platoon Commandant:  Lazarus Musa
Man O’war:Obianuje Uju,Amaka john
I proceeded to the point where I am supposed to open a bank account; the sweetest part of the registration process because we all agree money is life.
During the registration process, I met a new friend named Lawrence. Lawrence is an Msc holder and a fine gentleman. We maintained an excellent conversation all through the registration process; he actually made it less boring.
After opening a bank account, I moved to the final registration phase with my platoon officer. A file was opened on my behalf, and I attached two passport photographs of me.
I was given my NYSC kits immediately. Wow! Finally, I felt a ting of joy in me because this was a dream come true.
I mean, most young people dream of serving their fatherland, and here I am, about to start this fantastic journey.
However, you need to have seen my khaki and jungle boots. Oversize isn’t even the word to do justice to this after submitting the right measurement online. I mean it was more than twice my size!
Thankfully, I got a solution to my khaki at the famous Mami Market, the general market in every orientation camp.
I couldn’t find any solution to my jungle boot, and there was no one to exchange with, it was a bad experience.
According to the Nysc acts, every corp member must always be on white except on special occasions like the swearing-in day, man o war drills, or on the day of Passing out Parade (POP). 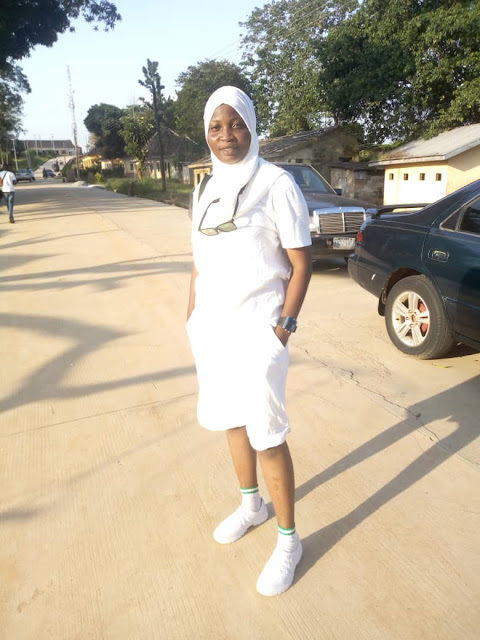 By evening, I have joined the white fowl gang, as new corp members are fondly addressed, and that was how I began a new phase in my life.
On the 7th of November, 2019, we were sworn in as new corp members by the Chief Judge of Ebonyi State.
We started by taking and signing the Oath of Allegiance before proceeding to recite the National and Nysc anthems.
Those present at our swearing-in ceremony were:
A matching parade was carried out by well-trained corp members to entertain the guests.
Platoon 1, which is my platoon, was represented by a lady named Hadizah.
After the swearing-in ceremony, a cultural dance was performed by Mba mwa from the Afikpo cultural dance group.
The Nysc permanent orientation camp Afikpo welcomed a total of 2226 corp members among whom were:
Six hundred and fifty-five corp members were sent back home on health-related issues.
As time goes on, I will share more on my Nysc camp experience in Afikpo, Ebonyi state.
I hope you had a good read.
Thank you for following every time. I love you all.
I am Sanni Oluwatosin Rodiat (Ajoke Onifaari).

4 thoughts on “The onifaari series 15: My Nysc Camp Experience”