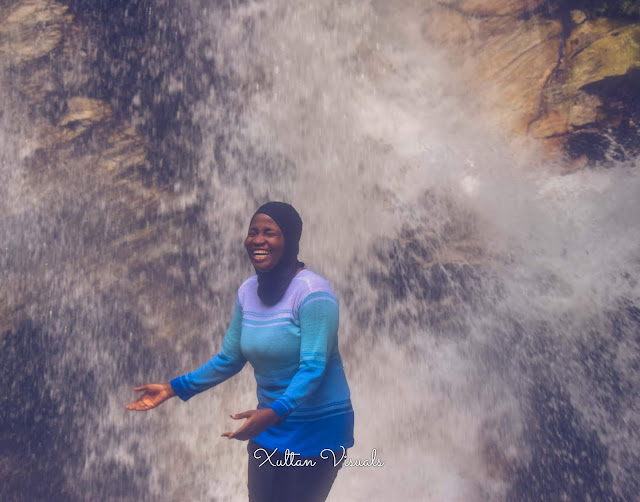 Arinta Waterfall is at Iponle-Iloro, near the Ikogosi Warm Spring resort, and it is less than 10 minutes’ drive to one another.

Iponle-Iloro was formerly known as Apa before 1965, long before it started seeing development.
It originally belongs to the Apa Royal Family of Ile-Ife, a descendant of Oduduwa, the progenitor of the Yoruba race.

We got to Arinta some minutes past 11 am, and we parked our bus at the entrance before we proceeded to the Waterfall.

We paid an entrance fee of #500 per head before we could gain entrance to the main venue.

According to a research by an Afro-American, he indicated that the waterfalls could generate sustained electricity (Hydro-electric power).

Arinta has seven steps/cascade, but it is just four steps that were accessible. Unfortunately, I stopped at the first step because I was more interested in the Waterfall than the hiking part.

The Arinta waterfall is a beautiful sight to behold, cascading down rocky hills from a great height to form a flowing pool of spring water amidst natural and lush forest vegetation.

Arinta waterfall has a lot of rocks surrounding it, which are very slippery; you have to be very careful while hiking the rocks around the waterfalls.

The entrance has a stunning view that gives a feel of nature; the sound of the Waterfall can be heard from the entrance, welcoming guests together with its serene and beautiful environment.

There are fresh peppers that grow around the gigantic forest that surround the Waterfall, and it also have some beautiful flowers that are hidden to the world. 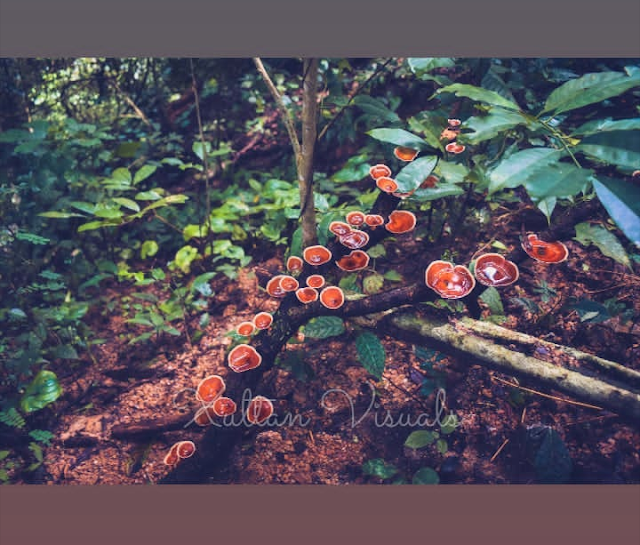 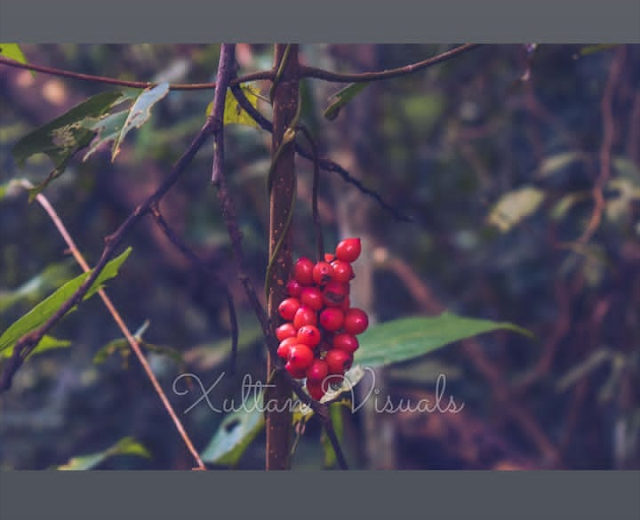 Out of the ten people we traveled to Arinta waterfall together, seven hiked the Waterfall while three of us were inside the Waterfall all through.
Don’t see me as a lazy person!!!! I didn’t just have the morale to try it with others. 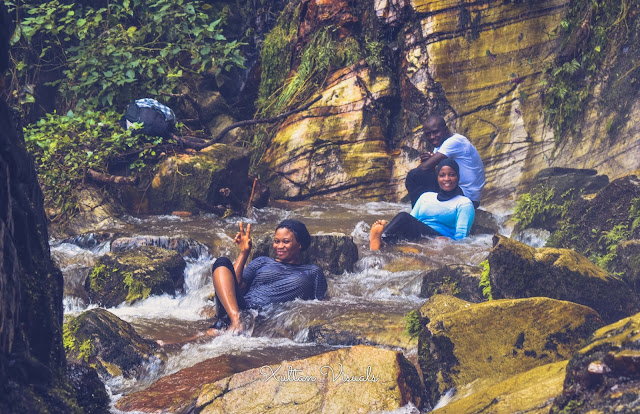 Kareemat and Iradaat were a whole mood that day. Kareemat can be likened to a fish on this day, and it was so lovely to see because i finally found someone that matches my energy when it comes to having fun at Waterfalls.

Iradaat was the female King Kong on this day as she hiked the mountain with the other guys. Isn’t she amazing?

We spent two hours at the Arinta waterfalls before we finally left for Ikogosi warm spring.

It was one of the most fulfilling and fun filled tour I have ever been to and I cant wait for more of it.

Thanks for reading my blog post.
With love from,
Ajoke onifaari

One thought on “The onifaari series 13: Arinta waterfall, a hidden treasure in the wilderness of Ekiti State”